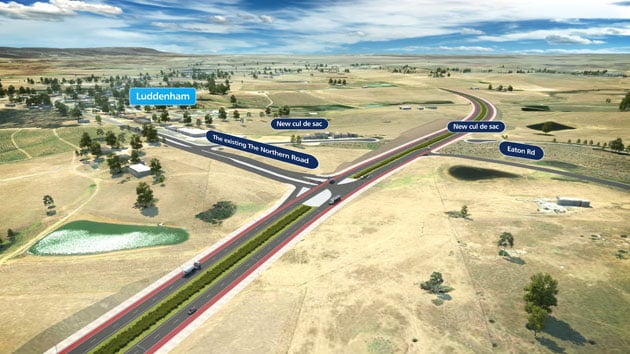 The project is part of the $3.6 billion Western Sydney Infrastructure plan which is vital to supporting one of Australia’s fastest growing regions. With the government committing to building the new Western Sydney Airport, it is crucial these projects are completed to manage the growth the region is experiencing.

“These upgrades will prepare one of Australia's fastest growing region's roads for future traffic growth and improve travel times for motorists by widening the existing roads to four lanes in each direction,” Mr Fletcher said.

“The Australian Government has committed up to $5.3 billion over 10 years in the 2017–18 Budget to build Western Sydney Airport through a new company, WSA Co.”

The Western Sydney Airport and associated infrastructure projects in the West are already proving to be a stimulus for economic growth, Minister for Western Sydney Stuart Ayres confirmed.

“Nation building infrastructure like the new airport will put western Sydney at the forefront of economic growth, and business confidence is sky high thanks to work to get the right infrastructure in place upfront,” Mr Ayres said.

“We're cracking on with the delivery of vital arterial roads around the future airport site to ensure we can support residential and commercial growth and meet future traffic demand.”

Work on the project will begin in the coming months and is expected to be completed by 2020.