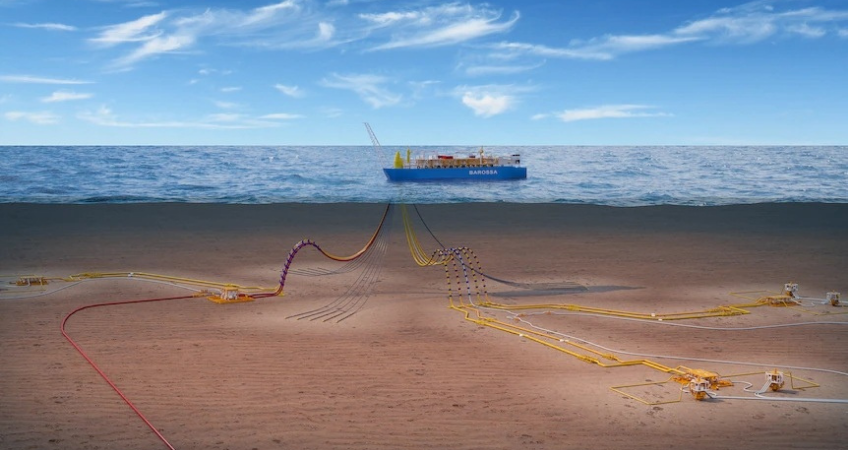 The Barossa Gas Project will be located 300 kilometre offshore north of Darwin. It’s set to be one of the lowest cost LNG supply facilities in the world giving Santos and Darwin LNG a competitive advantage in the global LNG market.

“Today's announcement shows strong confidence in investing in the Territory, and in Territory jobs.

“Territorians working on this project will have job security for the next two decades, while hundreds of new positions will also open up along the way.

“The Territory Labor Government is delivering to make the Territory a world-class hub for gas production and manufacturing services, which is cementing our position as Australia's comeback capital,” Chief Minister Michael Gunner said.

In addition, the FID will kick-start a US$600 million investment to extend the life of Darwin LNG and pipeline tie-in projects. This significant investment extends the facility's life to another 20 years.

Darwin LNG – which is operated by Santos – has a production capacity of about 3.7 million tonnes of LNG annually.

“As the economy re-emerges from the COVID-19 lockdowns, these job-creating and sustaining projects are critical for Australia, also unlocking new business opportunities and export income for the nation.

“The Barossa and Darwin life extension projects are good for the economy and good for local jobs and business opportunities in the Northern Territory,” Santos Managing Director and CEO Kevin Gallagher said.

The Barossa Gas Project and Darwin LNG life extension are expected to support up to 600 jobs during the construction phase and a further 350 jobs over the next two decades to support the production at the Darwin LNG facility.

“We remain focused on creating jobs, and making the Territory the very best place to do business.

“Private investment is so important for our comeback from the coronavirus crisis, and we will continue to support this sector, which creates opportunities and jobs for Territorians,” Minister for Mining and Industry Nicole Mansion said.

The Barossa Gas Project will include a Floating Production, Storage and Offloading (FPSO) vessel, subsea production wells, supporting subsea infrastructure and a gas export pipeline linked to the existing Bayu-Undan to Darwin pipeline.

The contract to build, connect and operate the FPSO vessel was awarded to BW Offshore. Santos is aiming for first production from the Barossa Gas Project in the first half of 2025.