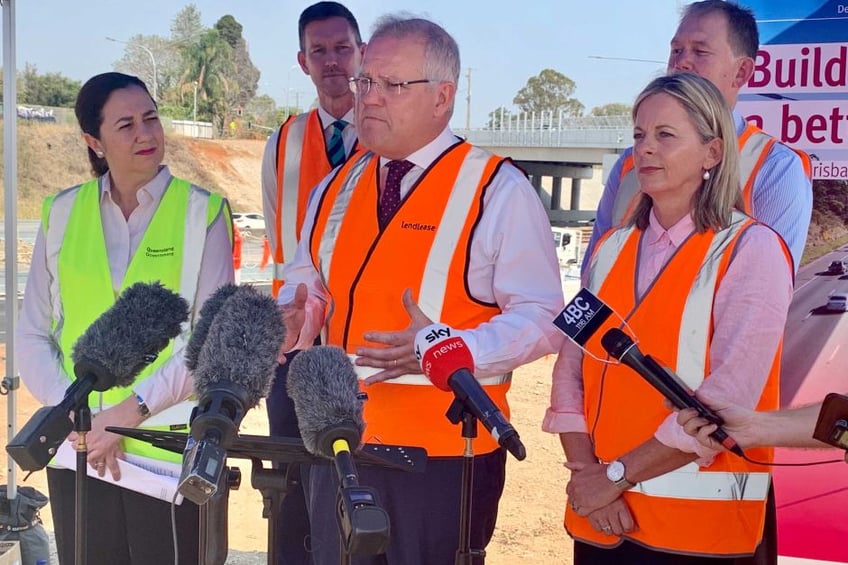 A huge $3.8 billion infrastructure stimulus package is being fast-tracked by the Federal Government, with major projects getting a significant boost

Australia’s Prime Minister Scott Morrison made a surprise announcement this week that the Federal Government would be fast-tracking $3.8 billion in infrastructure spend to stimulate the Australian Economy. This spend is being brought forward 4 years, and $1.8 billion of it will be spent on “shovel-ready projects” in the next 18 months.

The news has been welcomed by industry experts and State & Territory leaders who are keen to get on with major projects within their boundaries. At the time of publication Queensland and South Australia are already clear winners from the package, with each State & Territory set to receive a significant boost in infrastructure spending.

It was during a press conference with Queensland Premier Annastacia Palaszczuk that PM Scott Morrison announced the infrastructure package, signalling that Queensland would be the major winner from the fast-tracked spending. All in all, there is already a clear picture forming as to which projects will receive a boost. It appears that the spend is being spread across metro and regional areas.

The projects benefiting are;

South Australia will benefit from a $415 million infrastructure aimed at busting congestion and making regional roads safer. In a media release, the Prime Minister stated;

“By bringing forward these important road projects we will drive jobs, boost the economy and make roads safer, while reducing travel times so people can be with their families instead of being stuck in traffic.

“In South Australia we will provide additional funding for the Darlington Upgrade and Flinders Link Projects as part of Adelaide's North-South Corridor, while bringing forward funding for the Eyre Highway and Eyre Peninsula and Horrocks Highway corridors, Victor Harbor Road duplication and a major rural roads upgrade.”

The rest of Australia

While it is unclear how the other States and Territories will benefit for this stimulus package, industry experts are confident the country as a whole will benefit in the form of economic growth.

Deloitte Access Economics partner Chris Richardson has flagged the benefits of infrastructure spending versus tax cuts on the economy.

Seven Group’s managing director Ryan Stokes (Seven Group is a major investor in iSeekplant) has welcomed the package as a way to kick start the nations stalling economy.

Mr Stokes identified Queensland as a key state which required a stimulus. Coates Hire, a business owned by Seven Group has experienced a slow down on the back of major projects.

"I think that they need it [in Queensland]," Mr Stokes said.

"The lack of projects happening there really has been a challenge. We have seen that through our business in Coates."

The Australian Financial Review has today also made mention of Macquarie Group joining Seven Group as a strategic stakeholder in Queensland based iSeekplant, stating,

“The Macquarie Group has just joined Seven Group as a strategic shareholder in Queensland-based iSeekplant, an online marketplace for construction and mining equipment and services that is also backed by the Queensland Investment Corporation.”

For a boots on the ground assessment of the current state of Australian infrastructure, iSeekplant’s Supply and Demand analytics has shown a slowdown in Major Projects, especially in Queensland. However, due to growth in the iSeekplant platforms digital reach, listed suppliers are receiving more work than ever.