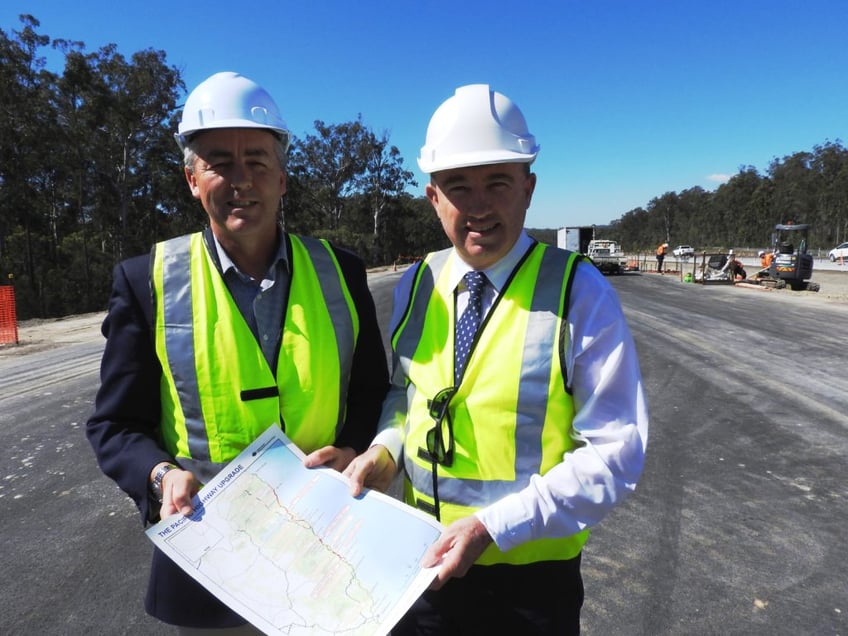 The Woolgoolga to Ballina section of the Pacific Highway has cemented itself as one of Australia’s most significant infrastructure projects.

Federal Minister for Infrastructure and Transport Darren Chester has announced that contracts totalling almost $3 billion have now been awarded on the 155 kilometre Woolgoolga to Ballina section of the Pacific Highway.

“The first two sections of the Woolgoolga to Ballina upgrade, 22 kilometres of new divided highway between Woolgoolga and Glenugie, were recently opened, delivering a safer and more reliable road network along the New South Wales north coast,” Mr Chester said.

NSW Minister for Roads, Maritime and Freight Melinda Pavey spoke about the continuing works, with the contract for the main civil work between Iluka Road and Devils Pulpit awarded to BMD Constructions.

“This will involve upgrading a 14.9-kilometre section of highway, creating about 120 jobs, with about 2,500 direct and 7,500 indirect jobs expected to be supported in the broader workforce at the peak of work of the project,” Mrs Pavey said.

Federal Member for Page Kevin Hogan has spoken about this contract and its flow-on effects for the region;

“The project team has recently released tenders for the rigid pavement contracts and it is impressive to see the large number of private sector partners coming together to deliver one of the state’s signature infrastructure projects. The Pacific Highway works have created or supported thousands of jobs throughout the region – from construction workers through to local businesses,” Mr Hogan said.

The upgrade is scheduled for completion in 2020 and has been funded by the Australian and New South Wales governments.