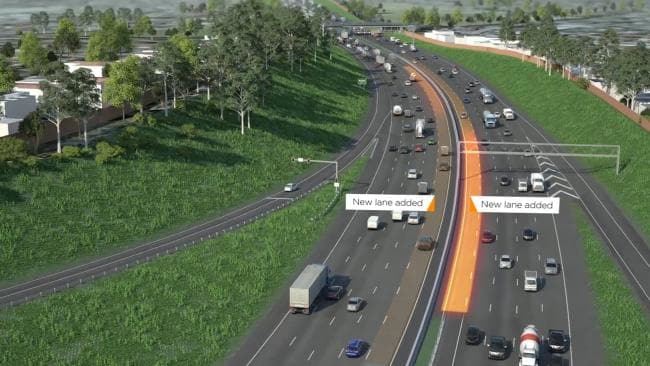 The Monash Freeway will be upgraded into a 10-lane mega highway after being placed on Infrastructure Australia's Infrastructure Priority List as a high priority project.

$500 million in federal funding has been made available to upgrade Melbourne's Monash Freeway into a 10 lane mega-highway. The federal money will fund the majority of the $711 million project with the Victorian Government chipping in the rest.

“Without action to increase capacity on the Monash Freeway, drivers in Melbourne could face slower and less reliable travel times."

“This will worsen as freight and commuter demand grows, particularly where the Monash Freeway intersects with the Princes Freeway and at the entry and exit ramps.”

Infrastructure Australia also warned that the continued delays on the road was costing the economy $180 million per year.

Federal Minister for Urban Infrastructure and Cities Paul Fletcher has spoken about the significance of this project.

"Motorists make more than 470,000 trips on this corridor each day and that's why the Turnbull Government is investing $500 million in this vital project - to help ensure those trips become quicker and easier for Melburnians," Fletcher said.

"Stage 2 of the Monash Freeway Upgrade will add 36 kilometres of new lanes to ease the current gridlock motorists face every day.

The upgrade will see the construction of 36 kilometres of new lanes.

Construction of the new lanes is expected to begin in mid-2019 with completion flagged for 2022.