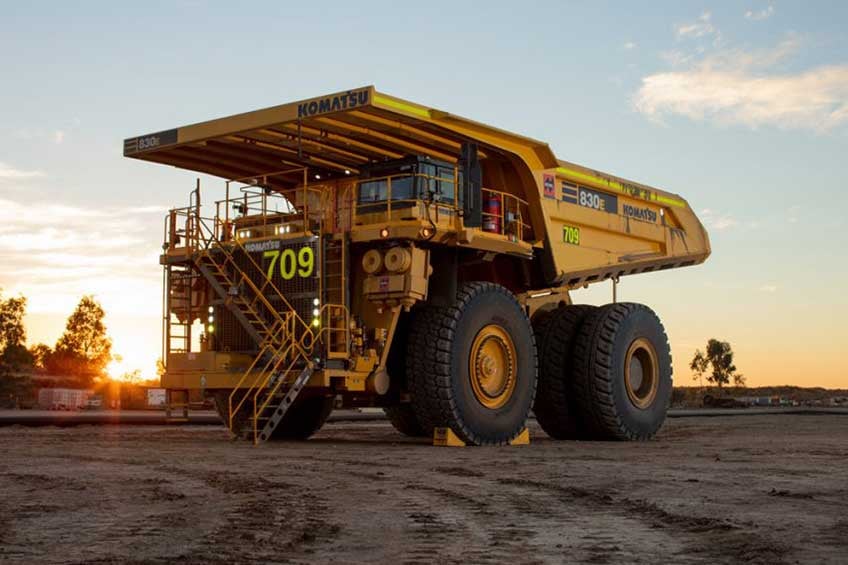 Anglo American have leased 16 Komatsu 830Es on a long-term deal with National P&E.

A dozen mining dump trucks have been mobilised in Queensland’s Bowen Basin, with four more on their way, as part of a mega leasing deal between Anglo American and National P&E.

The 830E truck leasing deal, between Anglo American and National Plant & Equipment, marks one of the most prominent Australian plant leasing agreements in recent history.

Mark Ackroyd, CEO at National Plant & Equipment, has explained that leasing trucks instead of buying them outright gives managers the ability to quickly scale up or down in harmony with demand, while additionally reducing the financial loss commonly incurred by ageing or dormancy.

“They can fluctuate with the supply and demand of their projects, and not worry about under utilising their own assets,” Mr Ackroyd said.

“It’s been over two months of work to assemble the 12 trucks to perfect working conditions.”

“One of these trucks complete with the tray, is the same size as 30 grown elephants.”

Anglo’s procurement project manager, Marita Powell, has said that this agreement was a “real coup for Anglo Coal”, explaining that the deal will help to increase capacity in record time and allow for Anglo to stay financially competitive, while affording them an increased level of flexibility and project control.

A deal of this size offers confidence to the industry that more contracts like this will emerge as project managers increasingly seek out more flexibility with machinery and vehicle management.

It is understood that the vehicles are in high demand due to an apparent supply scarcity in the 240t class range market.

“These trucks are very hard to come by due to their size and cost of acquisition… [however] these trucks are currently available [at National] and would be a huge advantage for any mining company” said Mr Ackroyd.