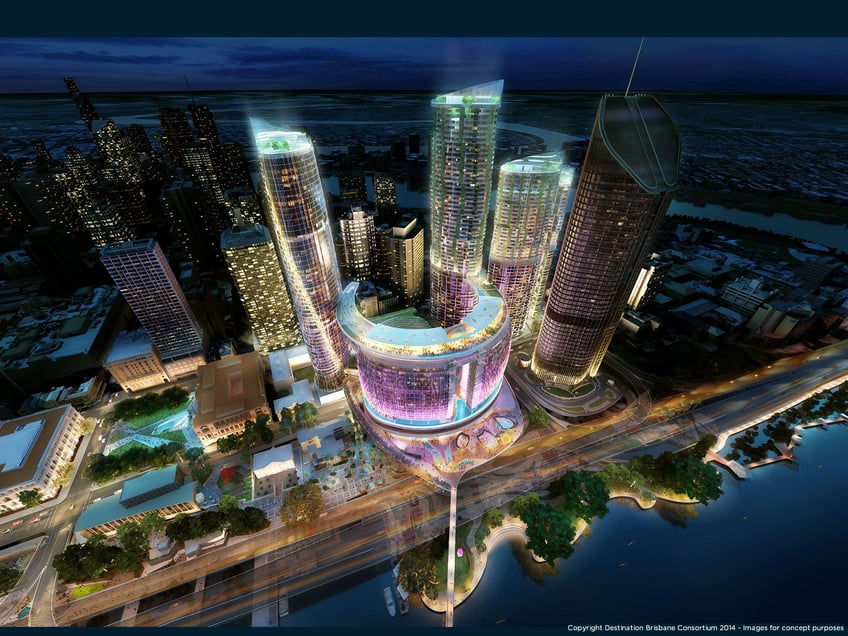 The $3.6bn project promises 12 soccer fields worth of public space with a myriad of new retail and entertainment opportunities, as well as a new bridge, a pedestrian river walkway and a new public park.

Queen’s Wharf is situated between the Goodwill Bridge and 1 William Street in the Brisbane CBD, across the river from the prominent South Bank Parklands.

Two barges have been anchored along the river since Friday, initiating work on the wharf’s 450-metre Mangrove Walk, an over-the-river pedestrian walkway that will link up the new development with the Queensland University of Technology’s (QUT) Gardens Point campus and the Brisbane City Botanic Gardens.

Queensland Premier Annastacia Palaszczuk has spoken prominently on the project’s progress and has stated that some parts of the development, the walkway and the park, will be open to the public as early as 2019.

“We expect these parklands to be open to visitors and locals alike by 2019,” she said.

“The transformation of underneath the freeway will create a beautiful mangrove walkway for everyone to enjoy."

Queen’s Wharf is being developed alongside two other major infrastructure projects in Brisbane, Cross River Rail and Brisbane Metro. Together, these three projects aim to significantly mitigate Brisbane’s transport woes and dramatically augment entertainment and tourism throughout the Queensland capital.

Ms. Palaszczuk has touted the significance of this project for Brisbane’s future and has consistently pushed the importance of public engagement to ensure that the project benefits local communities.

“It will be an iconic project… transforming the North Bank and linking conveniently with the new Albert Street Cross River Rail Station,” Premier Palaszczuk said.

Transport and public moveability has been a key focus throughout planning, underpinned by the Cross River Rail and Brisbane Metro projects, which will see new public transport stations set to emerge on lower Albert Street and at The Gabba (an upgrade to Woolloongabba Station).

The Palaszczuk Government has worked closely with residents and community leaders to ensure the project’s outcomes reflect the needs and wants of Brisbane’s population.

“...this development will always be balanced by what the people want in our vibrant city.

“Queen’s Wharf Brisbane project as a game-changing urban renewal development, for its ability to create thousands of jobs and its potential for economic growth for our State.

“We know that Queen’s Wharf can deliver great outcomes for our heritage, for new public and open spaces and for exciting urban design.”

The Government has fielded some criticisms over the costs of certain pedestrian developments within the project, along and on the river, namely the Neville Bonner Bridge.