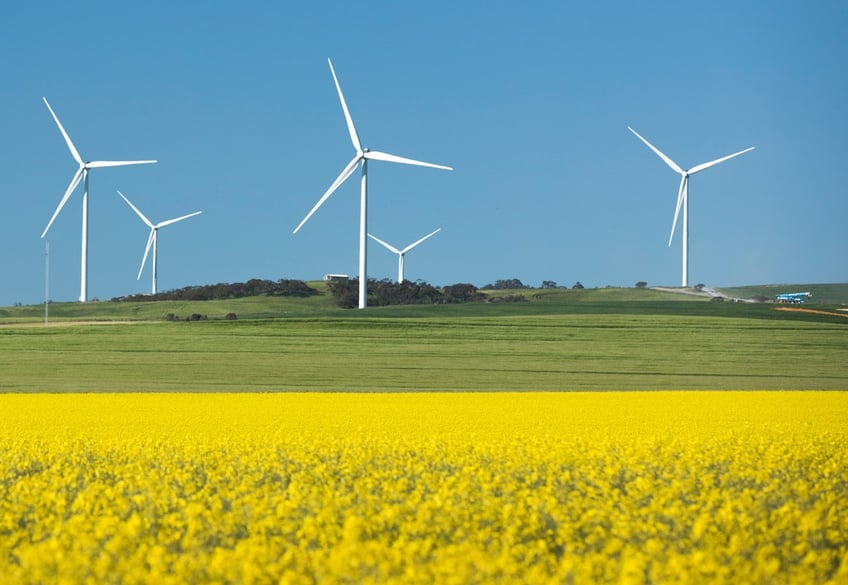 Construction has begun on the Victorian Moorabool Wind Farm project, 67km from Melbourne, with news that the first sod of earth was turned late last week.

The Moorabool Wind Farm project will feature up to 107 wind turbines across two sites, delivering renewable electricity to around 9% of Victorian homes, with a production capacity of up to 1,000,000 MWh.

MP Lily D’Ambrosio, the Minister for Energy, Environment and Climate Change, has been closely involved with Victorian wind farm projects and was on site for the start of construction at Moorabool.

“Great to mark the start of construction of the Moorabool Wind Farm today. Once fully operational this project will generate enough energy to power 1 in 10 Victorian homes,” tweeted MP Lily D’Ambrosio.

The new Moorabool sites, identified as Moorabool North and Moorabool South, will be connected to the State power network via the Elaine Terminal Station.

The news surrounding the Moorabool farm is expected to be positively received by local Moorabool Shire residents who will benefit from an influx of jobs and new business opportunities within the local economy.

Premier Daniel Andrews has been vocal about his support for a growing renewables industry, focused heavily on sustainable power and jobs.

The greater region around Ballarat has seen numerous wind plant projects pop up over the last 12 months, including the massive Stockyard Hill Wind Farm which is predicted to deliver 300 jobs during construction with 149 turbines delivering electricity to over 340,000 homes.

“The Stockyard Hill Wind Farm is another fantastic project that will boost supply and support even more jobs in the booming clean energy sector,” said MP Lily D’Ambrosio.