SEE Civil has been awarded the construction contract for the Woolgoolga to Ballina service road.

The construction contract to build the Woolgoolga to Ballina service road facilitating the Pacific Highway upgrade in New South Wales has been awarded to SEE Civil. Federal Minister for Infrastructure and Transport, Darren Chester announced the news recently commenting that the new 3.5 kilometre, two-lane road will provide a substitute way to the highway while connecting Woodburn and Broadwater.

Minister for Roads, Maritime and Freight for New South Wales, Melinda Pavey said that early works on the Woolgoolga to Ballina Service Road was expected to begin soon.

“These temporary roads are critical to progressing delivery of the Pacific Highway duplication by 2020; a project that will save dozens of lives every year while slashing travel times along the highway. Major work is now underway on six temporary roads at Yamba, Harwood, Chatsworth South, Chatsworth North, Mororo and Iluka,” Mrs Pavey said.

The Woolgoolga to Ballina Service Road is part of the $4.36 billion Pacific Highway upgrade jointly funded by New South Wales and federal governments. In 2016, more than $520 million was awarded across 54 Woolgoolga to Ballina contracts. Federal Member for Page, Kevin Hogan commented on the progress of the upgrade.

“Around 1,000 people are now working on the project, and earlier this month Lendlease Engineering was announced as the preferred contractor to deliver the kilometre-long bridge over the Richmond River at Broadwater, Mr Hogan said. With work starting on both the service road and the bridge in the near future, it is going to be a busy time for construction in the Broadwater area.”

The area where the Pacific Highway upgrade will occur. Image Source: The Daily Examiner.

The NSW Government invited expressions of interest late last year, with around $1 billion worth of major civil work packages going to tender for the upgrade.

The project is currently on track to deliver a fully duplicated Pacific Highway between Hexham and the Queensland border by 2020. The upgrade is on its last leg with around 70% of work completed, 24% under construction and the remaining sections are currently being prepared for major work.

Keep updated on the progress of the Woolgoolga to Ballina Pacific Highway Upgrade here. Watch this space.

If you want opportunities to get your gear on projects like the Pacific Highway upgrade. Create a free company profile here!

If you need to source machines for your next job, click here to search our site.

Another Whopper Tender Released for Woolgoolga to Ballina... 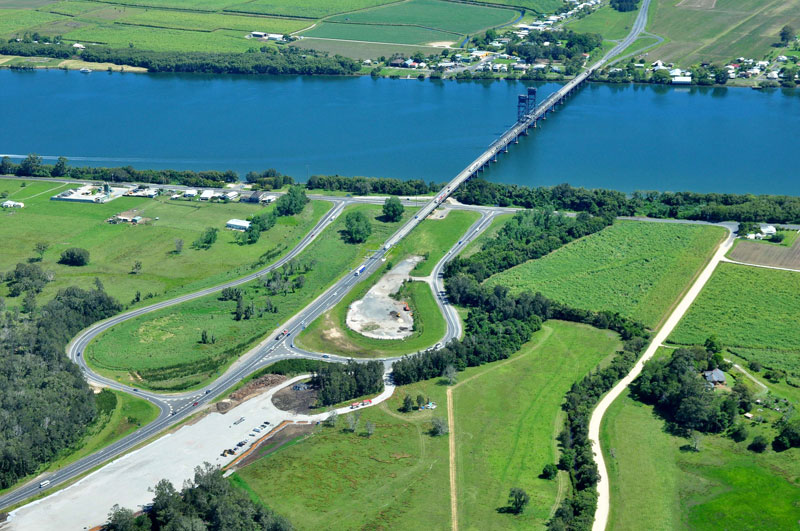