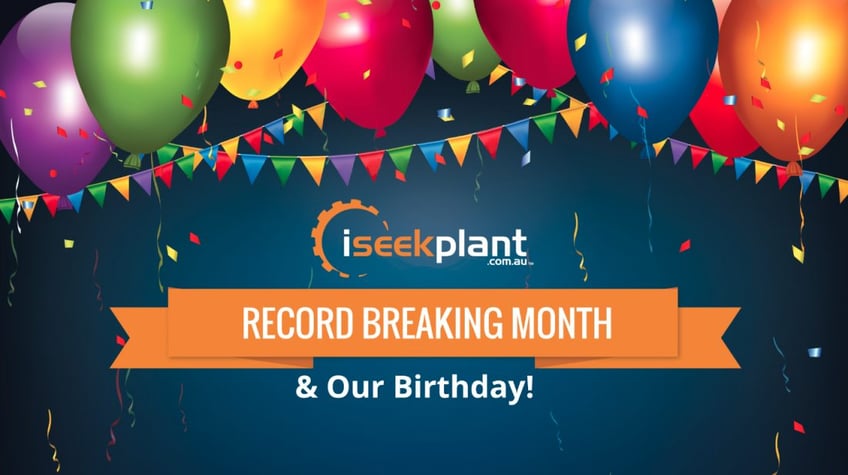 On the eve of our 4th Birthday - iSeekplant has a record-breaking month in all the metrics that matter to our customers...

iSeekplant had its fourth birthday this week (we launched the platform on October 8th, 2012, but were working on the business and technology for 18 months before that) and Jamie Lobo our National Sales Manager (and one of the best hires we’ve ever made) used Uber Eats to order in fancy donuts. We tried to describe to our 26 staff what the last four years have been like… and they have not been gourmet donut-filled. Just having enough cash to buy donuts is a miracle in of itself.

We now have this relatively fancy office with high ceilings and a view over Bowen Hills. It has regular working air-conditioning, a Nespresso machine (although Matt got jack of Nespresso pod prices and now buys the Woolies versions instead) and we have beer o’clock on a Friday. It has a board room with a phone you can make conference calls, and a 60-inch television for presentations (not that anyone has ever heard of a TV brand called ‘Soniq’ – it was on sale at Jb Hi Fi).

There are no marbled foyers here at iSeekplant, but over the last couple of months we’ve spent a little cash to make the office feel like a warm place to be for 50 hours a week. I found a cheap painter on Hi-Pages and now we have columns that are ‘Hitachi orange’ and a blackboard wall where staff chalk funny messages to each other on it. We went for 'Caterpillar yellow' (as we consider ourselves a distant 2nd cousin to the Caterpillar family in our 'step-brother' relationship with Westrac) but choofed it on colour selection at Bunnings.

Our new office’s main saving grace is that it doesn’t smell like bacon. Our office in Peregian Beach smelt constantly of bacon, it was above an old café that pretty much exclusively served bacon with every meal they plated up. The meeting room where Drew, Matt and I would sit and argue or dream up new features for our platform, didn’t have a working air-conditioner, so in the summer we would open all the windows and our meetings would only last for as long as we could stand being in that room, which was usually a maximum of 20 minutes. That meant we never wasted any time we didn’t need to in meetings.

One day in the middle of summer in 2013 I lost my mind, and went down to the Good Guys and spent $500 of the company’s money on a portable air-conditioner for the room, and spent a whole half-day rigging it up, filling it with water and running pipes out the window. We turned it on once and it sounded like a 777 dump truck firing up its engine in an enclosed space. We didn't ever turn it on again after that first time.  That portable air-conditioner was the dumbest thing we ever bought. Our WA State Manager, Mike Delo, who has been with us for 2.5 of the four years, would argue this point and say that his $19,000 Great Wall work ute is the dumbest thing we’ve ever bought. Who's buying Hiluxes these day anyway? Suck it up, Mike!

I think one of the reasons that iSeekplant has thrived is because as founders Drew, Matt and I have always put ourselves second to what the company has needed. We're not nailing ourselves to the cross here, but we’ve always rationalised ever cent we’ve spent to make sure that spending it would bring in more work for our customers. We’ve stayed in the worst hotels, driven the smallest cars, drank the worst coffee pods and flown in the cheapest seats we could find just to make every dollar go as far as it could. Every cent we’ve spent on marketing we’ve watched it, measured it and rationalised it to death. We’ve invested in learning about subjects so we don’t have to pay expensive agencies and consultants.  We do everything we can in-house.

And here we stand today - when you compare the 5 major platforms across the world tackling the problem of ‘online plant hire’ – iSeekplant was the first to launch and has built the most scale in hire contracts leads, users, social following and company listings  – all with the smallest allocation of capital.

We have happy, engaged and fired-up investors, who continue to support us and contribute to our success every day. Not one has traded out or sold a single share, all of them understanding of what it's going to take to build the biggest and most visited online platform in the Australian plant and equipment market. All of them in it for the long haul.

Lot's has changed at iSeekplant since the Seven Group investment late last year, but our strategically careful approach to this endeavour hasn’t changed one bit. We don’t need to spend a fortune on making iSeekplant a great place to work, because culture isn’t made from foosball tables and fancy wall paper. Culture is made by how you treat your customers and your staff. Whatever is going on inside your business, is coming out of it as well. They say, in tech businesses, that culture beats strategy every day of the week. That’s because you can’t pretend you're something you’re not for very long in business, or in life generally. Authenticity, as I have said before, is impossible to fake.

Our number #1 cultural value at iSeekplant is ‘be a good bloke’. There is a lot in that statement, it’s a very Australian way of saying ‘be authentic’, ‘be no-nonsense’, ‘be transparent’ and ‘be fair’. That’s not to say we do everything right or make ever judgement call perfectly. But just striving to be that is half of the battle won.

If I look back at what we’ve built over the last four years, we’re not patting ourselves on the back yet at all. We are doing some things really well, we are growing profoundly fast, we’re meeting our commitments to investors, we’ve got a really strong renewal rate, a growing user base and a lot of happy customers winning work from our platform every day. Our advertisers are stoked and re-booking campaigns repeatedly. We are getting faster, stronger, better and our service is getting more useful. Drew, Matt and I as Directors are growing, learning and evolving in how we work. Our staff are a wicked group of people, contributing some blow-your-fringe-back revolutionary ideas to our business. Doors are flying open for iSeekplant and we’re loving every minute of working here right now. This is the funnest, toughest, most challenging but easiest thing I've ever done. They say if you love what you do, you never work a day in your life...

So Happy Birthday iSeekplant. You’ve given us so much, and we've given you everything we've had.  Here’s to another 100? 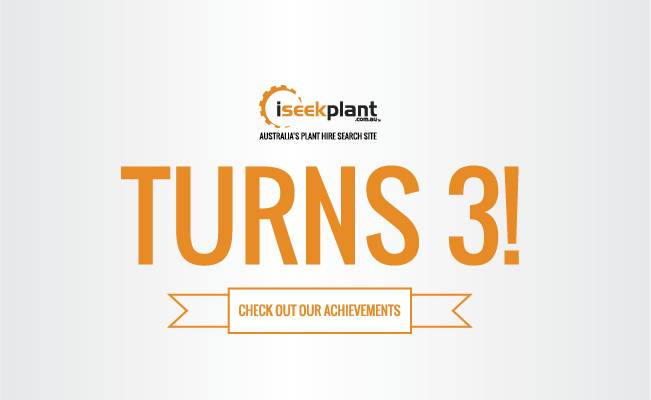 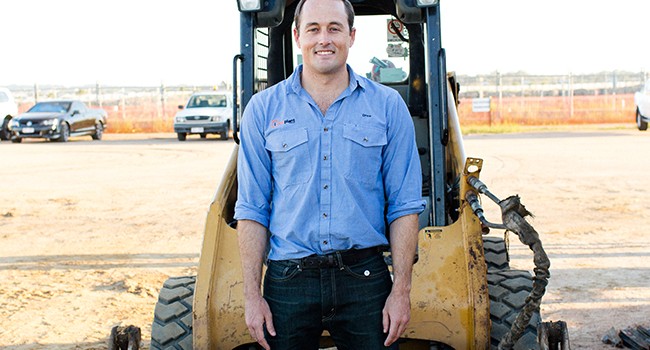