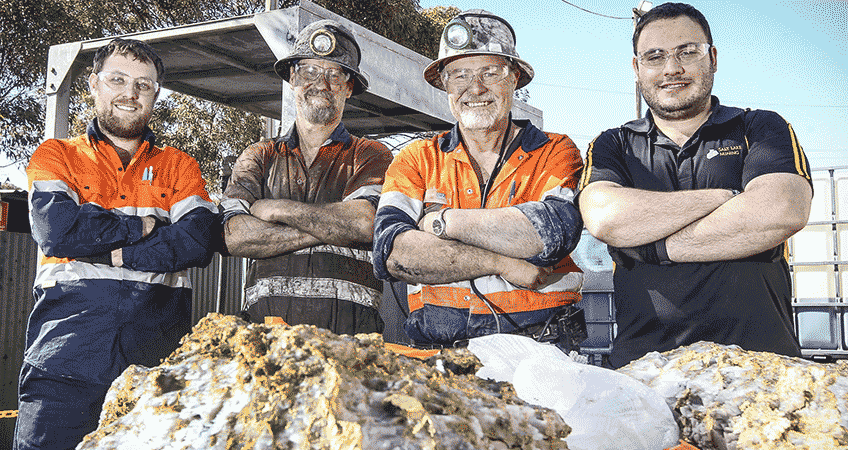 West Australia’s famous Goldfields are back in the news after a whopping $6.5m worth of gold, in the form of two mega nuggets, was found in just four days at the Beta Hunt gold mine.

The two biggest finds weighed in at 90 kg and 60 kg respectively, with the findings herald as a rare modern bonanza for the 45-year-old mine, located 50 km south of Kalgoorlie-Boulder.

The mine’s owner, RNC, who recently put the mine up for sale, has suggested that finds like this are uncommon in today’s day and age.

“This is one of those once-in-a-lifetime moments where people find 2300 ounce and 1600 ounce chunks of gold,” said RNC Chief Executive, Mark Selby.

“It’s generally an exciting moment, and given it’s been a tough slug for us at the mine, to make this kind of discovery just reinforces that we always knew this mine had potential.”

“... this discovery shows Beta Hunt has the potential to be a very large gold mine going forward.”

While it is common for WA gold to end up at the Perth Mint, the two biggest nuggets could go up for auction as interest from private collectors continues to grow worldwide.

The mine has produced around 9000 ounces worth of course gold from the same cut, valued at around $15 million.

Henry Doyle, an airleg driller on the site, was credited with the discovery.

“It was unbelievable and I’ve never seen it before in my life,” said Mr Doyle.

“As I was drilling it, you could see the gold shavings coming out of all the holes and I thought ‘there’s something here.”

“...the next day after we fired it, we walked in there and you couldn’t miss it ... especially when you hit it with water, it just stuck out.”