How one bolt is revolutionising the concreting industry 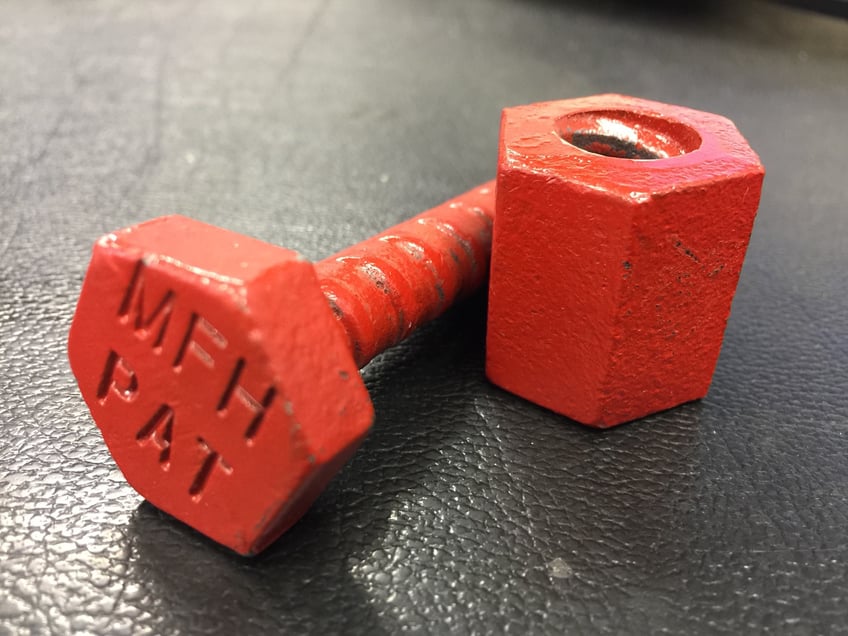 Some of the simplest smallest and seemingly insignificant inventions on earth have been the most revolutionary. Sliced bread, for example. The wheel. Getting pizzas delivered. Blankets with arm holes… the list goes on.

This too, is the story of a tiny innovation made by a guy named Barry of Beenleigh, with far reaching consequences to improve the lives of construction workers everywhere.

Anyone in the form work industry, including anyone that ever used a bolt and had to disassemble a temporary construction structure, knows the real struggle of releasing a bolt with atrophied dirt, concrete or aggregate that prevents the bolt from releasing through the thread. When assembling or disassembling a large structure, this issue can, in aggregate across the expanse of a job, add many minutes or hours to a productive process where bolts cannot be released easily and quickly

No one knows this better than Manhole Form Hire manager Barry Kuster – who struggled with this issue in assembling his manhole forms – which can require anywhere between 36 to 80 large bolts to be tightened in one manhole form erection, and then loosened again once demobilised. He is not a man to be beaten by anything, so instead of resigning himself to this troublesome and annoying work problem, that deeply affected his team’s productivity, he took matters into his own hands and developed a bolt perfect for his business, and indeed anyone working with concrete in the construction industry.

This seemingly tiny innovation, a bolt that looks very much like any other bolt, can save between 15-30 mins in putting a manhole form together, and the same again in the disassembly process. And time is money for a guy like Barry, who’s business pivots on productivity on site, and his team’s ability to quickly and reliably assemble a manhole form. So what is this ground-breaking bolt innovation?

What makes this bolt so revolutionary?

Barry designed a bolt with a courser thread, which enables grit, sand and debris to shed as its being turned. A self-cleaning bolt, if you will, a bolt that clears grit, dirt and dust as it’s being removed in a disassembly process, allowing for the person removing the bolt to spin it through the form at a much quicker pace without it getting snagged and stuck.

What Barry did in his workshop that day, was make an incredibly simple but critical change to the bolt’s design that eradicates its greatest impediment. Having a courser thread means you don’t have to turn it as many times, and debris is removed through the process of turning the bolt. You’re probably smacking your forehead with your palm right now and thinking – ‘why didn’t I think of that, I could be rich right now!’.

An unwitting inventor of sorts, Barry manufactured the bolts and deployed them in his own business to solve a problem he faced everyday in his operations, and through that process incidentally proved his hypothesis correct – that a better quality of bolt would fundamentally improve the speed and productivity of the manhole installation and removal.

But why share this ‘super bolt’ with the world?

If it worked on manhole forms, then it would ultimately work for his competitors, and other people working in the concrete structure business, or anyone working with concrete in general. Fantasising about one day selling his bolts at Bunnings, he began the arduous undertaking of applying for a patent, which he now owns for the bolt, and being the first person to invent, and bring to market, a bolt that is perfect for people working with concrete.

“When I first introduced this to my engineer, who is in the process of determining what capabilities our forms now have as a result of this improved bolt, he was quite impressed with it, and mentioned that when he showed it to his peers they understood that there was indeed a need for this type of bolt, especially in other form work, and manhole form businesses. When he said that, I knew I was on the right track”. Barry, Manager at Manhole Form Hire.

The bolt now comes in a range of sizes and thread widths, and Barry intends to start manufacturing these bolts to sell to others in the formwork industry or anyone working everyday with temporary structures around concrete.

If you have a need for this type of bolt, click here to reach out to Barry. If he doesn’t respond, it means his bolt has taken off and he’s on his yacht in the Caymans (or, just as believably, he’s down a manhole somewhere doing his job).

Barry and Manhole Form hire are proud customers and members of iSeekplant. Click here to view their profile. 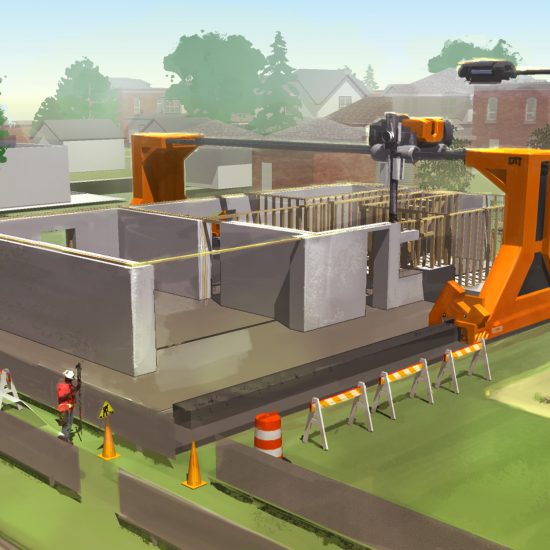 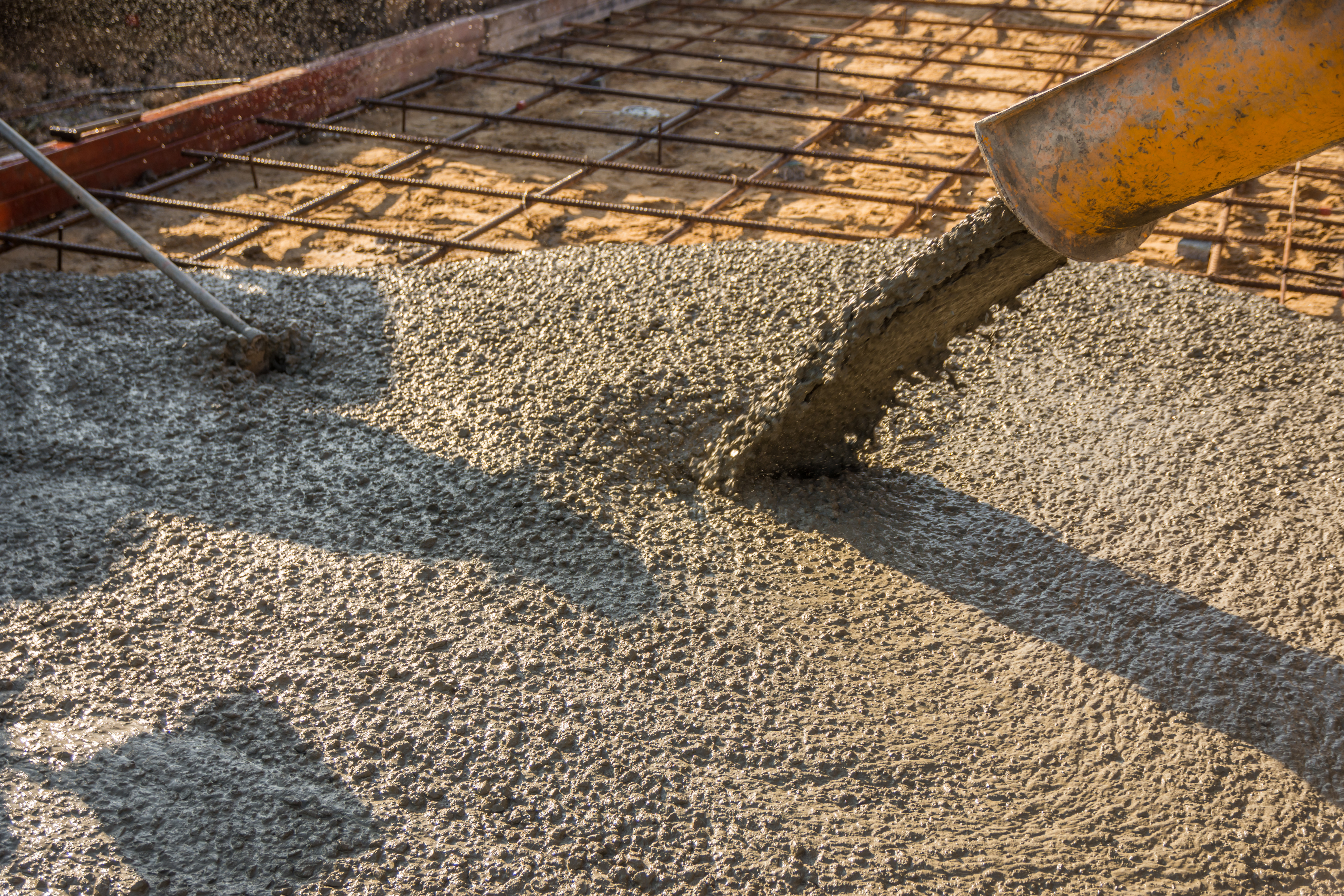 Concrete Calculator: How Much Concrete Do I Need?