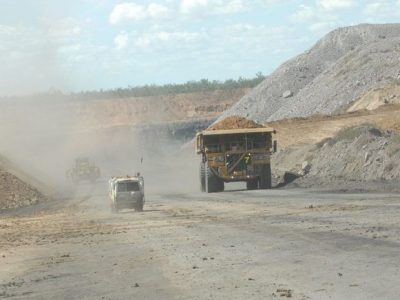 From July this year, $5 billion in concessional finance will be accessible for investment in economic infrastructure that would otherwise be delayed or not built at all.

The Northern Australia Infrastructure Facility was announced in the 2015-16 budget, and will be established from the 1st of July. 25 projects have already applied for funds, and projects that are considered to be a priority include the Cairns Nullinga Dam, Cairns Airport Expansion, Urannah Dam, Townsville Eastern Access Rail Corridor, Burdekin Falls Dam expansion, Rockhampton Airport Works, and many telecommunications projects.

The NAIF will be partially funding projects by granting a minimum of $50 million, and private investors will pay for the rest.

Josh Frydenberg, Federal Minister for Northern Australia, announced the new board on the 3rd of May and said: “From July, the NAIF will provide financing to build the communications, water, energy and transport infrastructure needed in our north. This will enhance investment, create jobs, and unlock the potential of this region to grow the economy in Northern Australia”.

Sharon Warburton will be chairing the NAIF, and she has previously worked at Brookfield Multiplex, Citigroup and Rio Tinto. When it comes to the operation of the fund, there have been seven mandatory and two non-mandatory criteria assigned:

The non-mandatory criteria include:

• The project is seeking $50 million or more in financing
• The project has been identified through a Territory, State or Commonwealth priority list, pipeline or process.

The Government is also giving Geoscience Australia $100 million so that it can map unexplored areas for groundwater, energy and minerals.