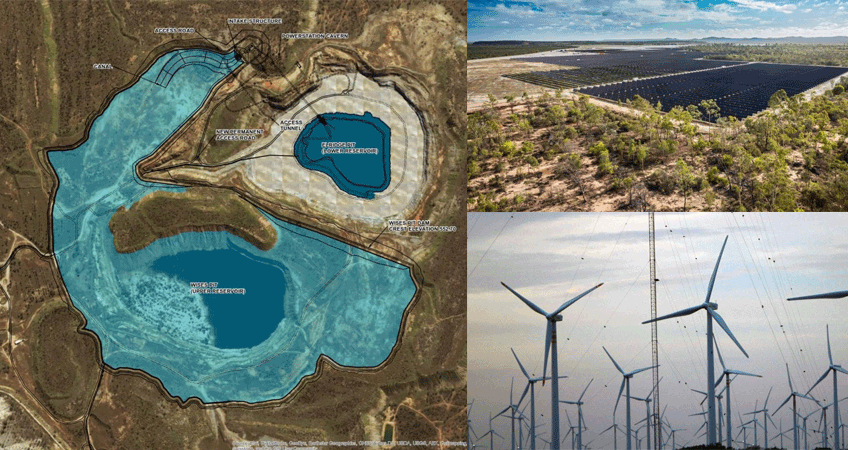 Far North Queensland is in for a job boost as the State Government of Queensland announces that the FNQ Renewables Energy Hub project has been fast tracked and declared a coordinated project.

James Harding, CEO of Genex, a key stakeholder in the project, has welcomed the coordinated project declaration.

“This declaration is recognition of the significant positive benefits that the project will have to the region and state,” said Mr Harding.

The project is anticipated to produce around 370 jobs over a two-year construction period.

The project, located near Georgetown within the Shire of Etheridge, covers an existing solar power project (50 MW), a proposed new solar project (270 MW) that will integrate with K2H (250 MW), and a wind farm project (150 MW).

Kidston's Renewables Energy Hub features a state-of-the-art “giant water battery”, which is a 250 megawatt pumped storage hydro lake, of sorts, that is integrated with an extensive solar farm.

On completion, the North Queensland would feature the first Australian project to integrate solar energy and pumped hydro storage together.

Divided up into 3 stages, with stage 1 already completed, the project will see new construction begin in 2019, with completion expected by 2021.

“If approved, the project could employ 370 people during the two-year construction and have a minimum lifespan of 50 years,” he said.

“When complete, Stages 1 and 2 of the Kidston Renewable Energy Hub will provide enough energy to power around 160,000 Australian homes – enough power for a city bigger than Cairns.”

“Genex has set a strong mandate to provide local residents with job opportunities, whether that be direct on-site employment, consultancy or indirect contract work.

“This renewable energy project has the ability to revitalise the local economy and I commend Genex on making sure locals benefit from the project.”

According to Government statements, Minister for Natural Resources, Mines and Energy Anthony Lynham said the project could act as a large-scale battery storage, allowing solar energy from the adjoining solar project to be stored and harnessed as peak-load power on demand.

“The addition of hydroelectric generation in Far North Queensland will add stability to the network in the region reducing the necessity for importing excess electricity from neighbouring areas, providing a benefit to the entire network.”