The Australian Capital Territory’s Light Rail project is expected to see some big improvements as planning for stage 2 is reworked to better consider the longevity and future expansion of the network.

Government officials are pushing for the City to Woden line to go via Commonwealth Avenue and Barton in order to attract more passengers and service a far greater suburb spread, with added capacity to support future expansions like the proposed Belconnen to Airport line.

Meegan Fitzharris, Minister for Transport, said that “planning for future light rail stages had already begun,” with the ACT Government flagging the Commonwealth Avenue Bridge as the best choice when considering the network’s future growth and interconnectivity.

The ACT Government has shown an unwillingness to invest in the project IF the crossing is at Kings Avenue rather than Commonwealth Avenue.

“Crossing the lake at Kings Avenue to get to Woden would increase the cost to around $1.9 billion, while isolating vast areas of the city.”

“Given the lasting, sub-optimal outcomes this would produce for Canberra, the ACT Government is reluctant to support [the crossing at Kings Avenue],” said MP Fitzharris.

“I’m not just focused on light rail to Woden. I’m now looking at where to for stage three, four and beyond.”

“Ultimately we are building a light rail network that needs dedicated corridors travelling east-west and north-south, both intersecting in the City.”

“We can’t look at each route in isolation – we need to think about how it will work within the broader network if we want to get this right.”

More information on the project can be found at www.transport.act.gov.au/light-rail-project/city-to-woden-stage-two 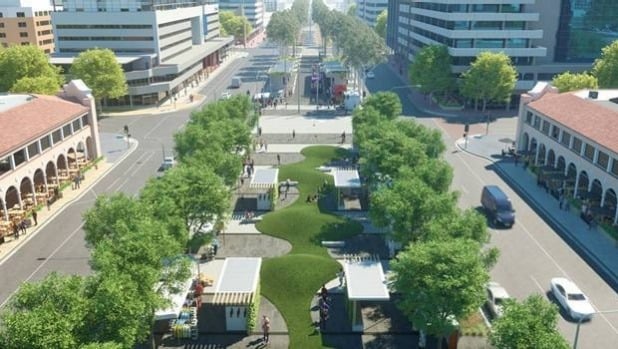