In A Surprise To Absolutely No One, Bill Shorten Looks Like a Tool Whenever on a Work Site 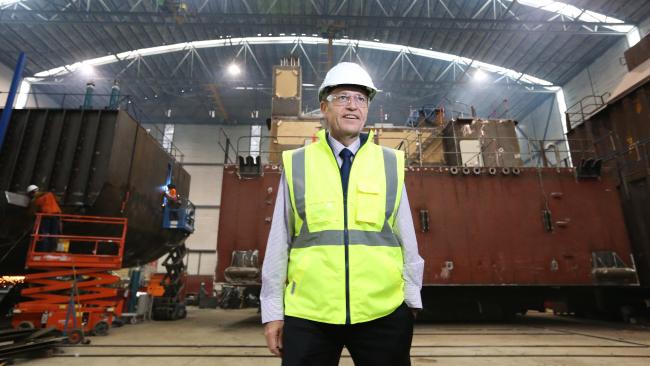 A report today released by Australian Political research company Clarity Research confirmed that Bill Shorten looks like an absolute toss whenever he sets foot on a work site.

The 8 month long study confirmed that Shorten’s absolute lack of social skills, general misunderstanding of the way a trade site works and inability to look masculine even when holding the most badass power tools meant it was inevitable Shorten looked like a lemon the moment he set foot into any area that requires you to wear a hard hat.

A Labour PR aide who asked to remain anonymous confirmed that the Labour PR department had commissioned the study, “Yeah we commissioned the study, we were hoping they might find that he (Shorten) would look like a dick 80% of the time when he was on a site, some of the more hopeful around here even had their fingers crossed that the figure would come back as low as 75%.”

“But yeah, they’ve confirmed he looks like a prick 100% of the time he’s anywhere near tools.”

“Do you know how tough it is to sell a Labor politician when they’re not even able to pretend they understand how a trade site works? It’s a bloody nightmare!”

“I can only imagine the sort of embarrassing things he would do if left unattended with a few concreters. Did you see the way he ate that sandwich?”

At the time of publishing, it has been confirmed that Shorten is currently at Bunnings looking for left handed screwdrivers, a bubble for a spirit level, elbow grease and a tin of striped paint after a site foreman promised he’d vote Labor if Shorten would be a mate and pick them up for him.