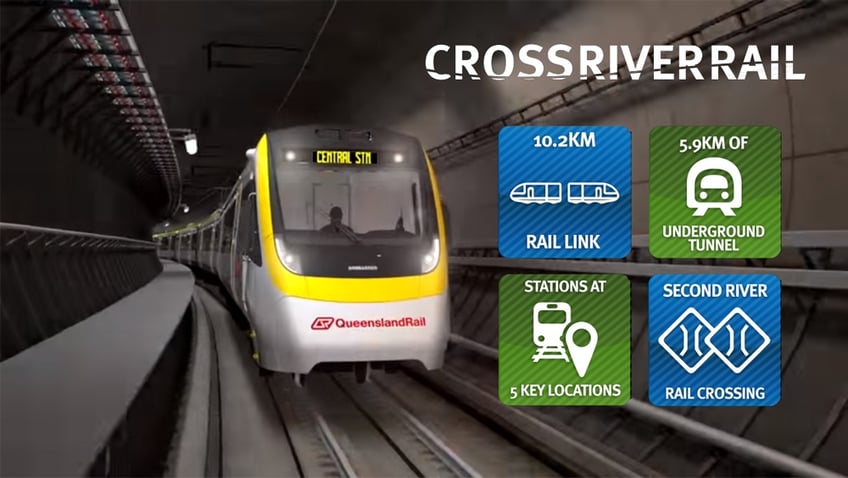 5 consortiums have been shortlisted and will now compete to win the final contract on Brisbane’s Cross River Rail.

This shortlist for the Cross River Rail was initially scheduled to be announced in May 2017. However, according to Acting Queensland Premier Jackie Trad, the process was delayed due to a conflict with the Federal Government regarding the projects funding.

"If this process had occurred in May last year it would have occurred before there was money for the project," Jackie Trad said.

The shortlisted companies are vying for the projects two major works packages, which are; The Tunnel, Stations and Development public-private partnership and the Rail, Integration and Systems Alliance.

The shortlisted consortium's are listed below

The Queensland Government will now undertake a comprehensive evaluation of the expressions of interest. Jackie Trad spoke about this process;

“Shortlisted companies will now be required to prepare detailed bids that demonstrate innovation and offer Queenslanders the highest possible value for money."

“Once the assessment process is complete, the consortia selected from these shortlists will be building this project. "

The winning consortium will be announced in late-2018, while major works are expected to begin in 2019.

The Cross River Rail project will see the delivery of a 10.2km north-south rail link from Bowen Hills to the north of the Brisbane River to Dutton Park to the South of the River. The project will also see the construction of 5.9km of rail tunnel under the Brisbane River and CBD. Four new underground stations at Boggo Road, Woolloongabba, Albert Street (CBD) and Roma St (CBD) will also be constructed.