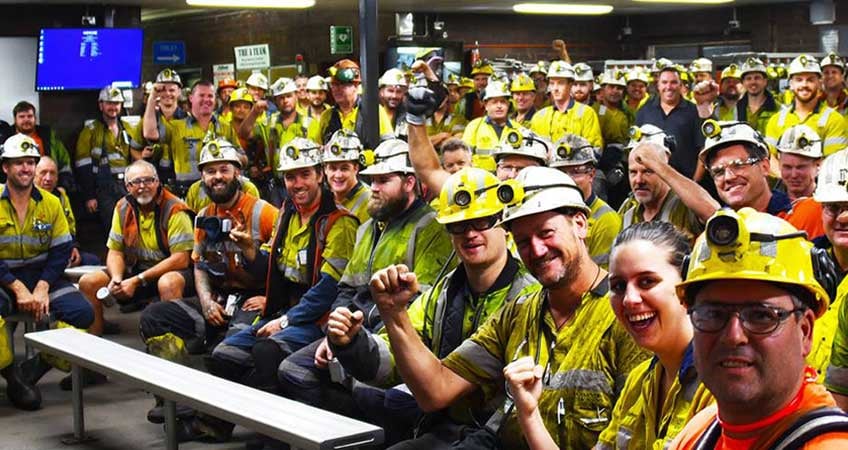 Image by Tahmoor Coal Mine

Some great news has come out of New South Wales this morning with reports that the two men trapped down Tahmoor Coal Mine have been rescued.

The two men, who became trapped 160m below ground due to a lift malfunction, were isolated overnight while rescue crews worked through the night to free them.

As the lift came to a halt, the pair’s coworkers were quickly at work planning and executing a recovery strategy with rescue specialists.

The Illawara Mercury reported that both specialist and NSW Fire & Rescue crews from Picton, Mittagong and Liverpool, collaborated to free the men.

The lift was stocked with thermal blankets while the men were equipped with radios and ration packs, a practice resulting from SIMEC’s focus on safety, which helped keep the workers warm and in contact while they waited for help.

As the ordeal unfolded, Sean Kelly, a Media Manager from SIMEC’s parent company, said that “the employees are uninjured and their families have been contacted and are being regularly updated in their status and the progress of the emergency response.”

“As always the safety of or employees is of the utmost importance, and we are working in conjunction with external emergency services to develop plans to bring the two employees safely to the surface."

“The lift has been isolated both electrically and mechanically and has been stabilised. Two way communications are in place between the lift and the surface, and the two mine employees are assisting with the response.”