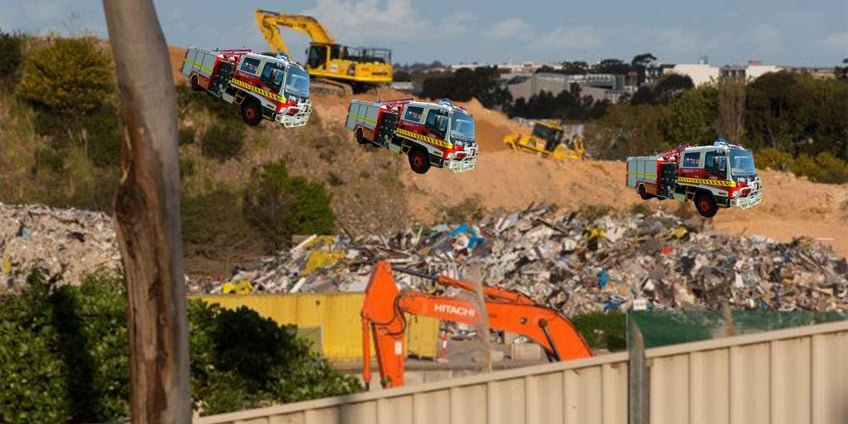 Contractors working on the WestConnex site have been ordered to clean up their inner western Sydney work site after residents complained of odours wafting over from the earthworks.

The smell has been an issue for over a week and it is believed to be caused by the old Alexandria landfill. However, after speaking to a few of the workers on site, iSeekplant understands there are some conflicting theories, WestConnex worker Jackson Wood was happy to go on the record saying “Mate, I’ve been on this site for over a month now and haven’t smelt anything from that old tip. What I do smell every morning though is Smitty, the bloke doesn’t shower. I’ll tell you right now, it’s not that tip causing the issue, it’s him.”

Emma Peirce, who lives 500 metres away from the construction site said that while the smell is unbearable it does “come and go.”

The smell ‘coming and going’ does not surprise Mr Wood who stated “Yeah I’m not surprised, Smitty pops off site 4 or 5 times a day to get smokes, a 700ml Ice Break and two meat pies. She’s probably just smelling him approach.”

“Honestly, I don’t know how his misso puts up with him.”

The contractors, CPB, were issued with a prevention notice on Wednesday by the Environment Protection Authority, ordering them to fix the smell within two days.

It was expected they would bring a few dump trucks on site and move the landfill. However, in a move that possibly confirms site workers theories a fire truck arrived on site early this morning. It is expected the truck will be used to give Smitty an industrial grade shower.