CIMIC Group's Leighton Contractors has just signed a contract with Roads and Maritime Services for both the design and construction of the $4.3 billion M5 Motorway in Sydney in a joint venture with Samsung C&T and Dragados.

The project will be generating approximately $1.5 billion of revenue for Leighton Contractors over four years.

CIMIC announced yesterday that Leighton's are the preferred contractor to design and construct the second stage of the $5 billion WestConnex M5 Motorway. Westconnex is Australia’s largest integrated transport and urban revitalisation project. So our plant hire customers in Western Sydney should be rubbing their hands together. Leighton seems to be cleaning up at the moment all across the country on some of the biggest roadworks jobs put out to tender. Maybe the rebrand has done them wonders.

CEO and Executive Chairman of CIMIC Group, Marcelino Fernandez Verdes states, “Australia’s strong investment in transport infrastructure continues to be a significant market for the CIMIC Group…, CIMIC and Leighton Contractors’ expertise, diverse capabilities and major project experience position us strongly for projects such as WestConnex and others in the Australian infrastructure pipeline.”

“Delivery of the New M5 tunnel will provide a high-quality link in Sydney’s road network operations, which will double the capacity of the M5 East corridor…, working closely with SMC, our experienced team is contributing innovative design solutions and construction methodologies to enhance the motorway’s efficient construction and operations as well as community and environmental outcomes.” Roman Garrido, Leighton Contractors Managing Director says.

The project will commence mid-2016 and will be open to the public in 2019. We expect Leighton to subcontract the project down to Tier 2 and 3 contractors to deliver the earthworks packages of the project.

The full three stage project of the M5 is due to be completed in 2023.

WestConnex Project Ahead of Schedule with Stage 2 Beginning 18 Months Early.

The King Georges Road Interchange Upgrade is currently under construction, 18 months earlier than anticipated. The project is worth $130 million, and will be fixing one of the worst bottlenecks in Sydney. This is the first part of WestConnex Stage 2, which will also involve the extending and widening of the M5 motorway.

The upgrade was accelerated by a very historic agreement between the NSW and Commonwealth Governments, and we can expect it to be finished in two years.

Sydney motorists will be pleased with far shorter travel times, with more than 40,000 people having their daily commutes slashed.

Around 100,000 motorists use the M5 daily, and almost 50,000 of them get stuck at this interchange. The upgrade is expected to cut the wait at the interchange by half, and will also alleviate delays along King Georges Road and the M5 East.

The M5 West was widened in December 2014. The interchange will connect to the M5 West and will also be the precursor for the planned M5 tunnel, which will be providing an extra three lanes on each side, between St Peters and Beverly Hills.

The work at the interchange includes the widening and extending of the westbound off-ramp and eastbound on-ramp between the M5 East and King Georges Road, so both ramp lengths will be increased by 180 metres.

When the project is completed, WestConnex will be linking the M4 and M5, providing a continuous and free-flowing motorway. 10,000 jobs will be created, and we can expect more than $20 billion to be injected into the NSW economy.

Capacity times will be increased, and travel times will also be reduced from South Western and Western Sydney to the Airport, Port Botany, and CBD. Congestion is currently costing the state $5 million every year due to lost productivity and time delays.

The Commonwealth has invested $1.5 billion into the project, along with a concessional loan which may be up to $2 billion, while the NSW Government has committed $1.8 billion to the building of WestConnex.

Want project leads like Westconnex Stage 2 matched to your fleet and emailed to you? Click here to register for iSeekplant for free.

Is this your job? Click here to find machines for Westconnex Stage 2 and request rates from multiple suppliers in the area. 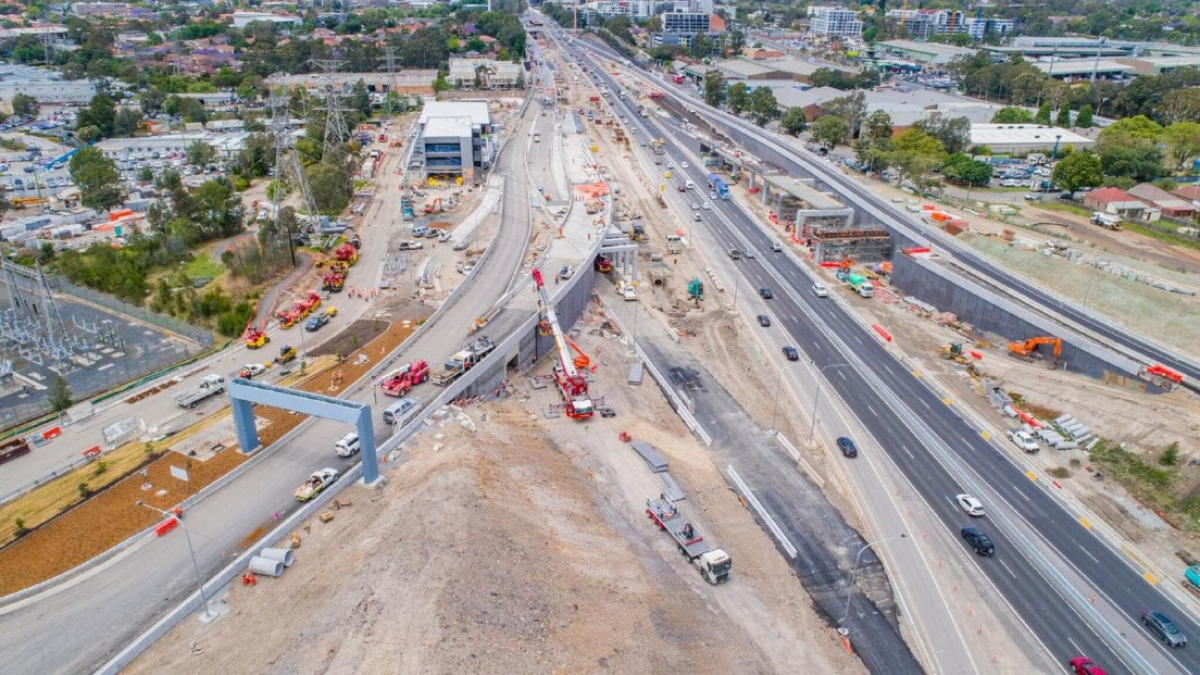