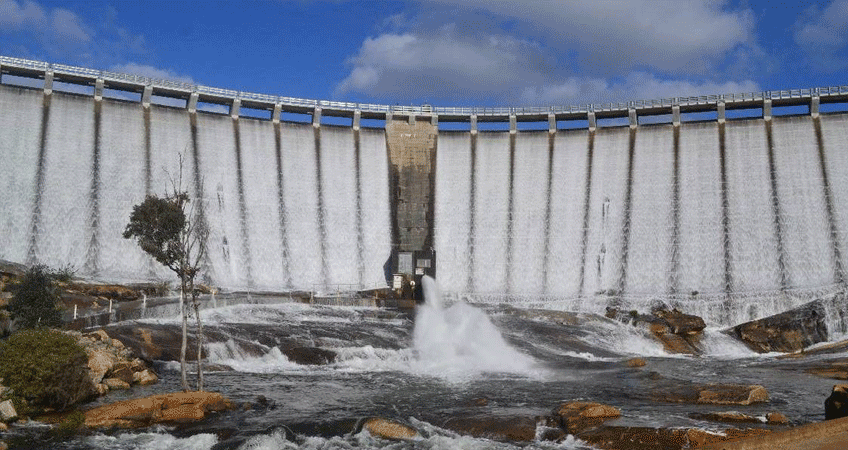 The $390 million Myalup-Wellington Water Project is on track with $190 million worth ($140m with a $50m loan) of Federal funding alongside private funding from local businesses.

The mega water project, also sometimes referred to as the Collie Water solution and Dexter's last deal, aims to divert high saline inflows upstream from Wellington Dam for desalination while significantly improving the water quality in the dam.

Agriculture in the area has struggled over the years with poor water quality and source reliability, where these issues have been significantly affecting growing conditions and crop yields.

According to the WA Government, the project "is a significant economic development involving private proponent Collie Water, the State Government and the Commonwealth, to substantially increase production capacity, create jobs and economic uplift in the under-developed Collie River Irrigation District and Myalup Irrigated Agricultural Precinct."

Water Minister Mia Davies has spoken about the water solution, highlighting the key workings of the project.

"The Collie Water solution, an initiative by Harvey Water and Aqua Ferre, was selected following an expression of interest process conducted in late 2015," said Ms Davies.

"The proposal involves the diversion of saline water from the Collie River east branch into a mine void; the treatment of that water in a new desalination plant near Collie; a new weir at Burekup and a gravity-fed pipeline system to replace open irrigation channels in the Collie irrigation district."

The project is a vital development that will ensure the longevity and ongoing economic success of the region, namely in regard to agricultural output.

"The project is expected to deliver billions of dollars' worth of extra agricultural, horticultural and forestry revenue over 50 years and create jobs," said Terry Redman, Regional Development Minister.