5 Lessons We All Learned from the Bushfires

The bushfires of 2019/2020 were devastating, to say the least, the apocalyptic scenes of destruction were witnessed across three states and covered land masses larger than multiple European countries. One of the major issues during the crisis was utilities going down.

From telecommunications to electricity, sewerage and water filtration some communities went weeks without proper connection to utilities and the outside world. The current COVID-19 crisis is another reminder of how much we rely on utility networks. As people are quarantined they increasingly rely on electricity, telecommunications, gas, water and sewer services.

There were multiple cases of communications failing to make it in and out of isolated communities and warnings were often delivered too late. This was more often than not due to communications towers literally melting against the heat of the fires. But how do you prepare for such an instance? And what are your options moving forward? As natural disasters, such as fires and cyclones, become more common and more severe, how do we future proof towns and the infrastructure and utilities that keep them running?

While there is an entire industry dedicated to building disaster-resilient infrastructure, how do we comb through and find the tools and equipment that will serve our communities? The best way to find out what we need is to look at what the major breaking points were during the most recent fires. There are always things you can go without in times of need, but what are the things that put lives at risk? Utility networks are non-negotiables for all communities, not to mention one's physically cut off from the outside. Below we break down the five key lessons learnt from the bushfires and their potential solutions.

While some gas networks chose to go offline for a period of time due to risk, the damage sustained to their networks wasn’t detrimental to their functionality. This was predominantly due to lessons learned from previous emergencies, meaning trees and scrub had already been cleared around vulnerable installations such as truck receiving stations. Gas may not be the most vital utility to a community, but it does provide the ability to boil water and cook perishable food like meats that would otherwise go off or be undrinkable.

While it is an expensive and often impractical solution, is there more to be said for putting utilities like telecommunications and electricity under the ground? Do we need to start looking at a cost versus benefit comparison? I’m sure those that lived without reliable electricity and communications for days and weeks may have a unique perspective.

2. Electricity is the Vital Utility

Unfortunately, we have always been almost completely reliant on the central grid for electricity as a country. While this is rarely an issue, despite a minor blackout every once and a while, it can become a major problem during natural disasters such as fires, cyclones and floods. When an entire township is disconnected the repercussions are felt by everyone. Hospitals have to go onto emergency backup generators, grocery stores have to throw away perishable food, and crime can spike.

Not only this but other utilities that rely on electricity such as local fluoridation plants and sewerage plants will cease to function. Without these running, water needs to be boiled before used and the sewerage often flows to the closest water source. Both things that dramatically decrease the quality of life for those communities, but how do we come to a solution? Do we replace wooden poles with steel or concrete? Or invest in local backup power plants powered by diesel or renewable power?

Utility crews had to deal with many dangers when repairing damaged networks. This is an Eastern Brown snake, the second most venomous snake in the world at Milton on the south coast. Source: NSW Rural Fire Service

When telecommunications towers were quite literally melting to the ground in 2000°C heat this bushfire season one method of wired communication was still standing, traditional analogue copper cables, connected to the payphone network. During the fires, Telstra made the payphones available for free and they became a lifeline for many people as a way to connect with the outside world.

With satellite phones being both expensive and hard to come by, they are often only in the possession of hospitals, local council and emergency services. This ensures vital communications are able to get through to community leaders and they are able to get communications out as well. This more than anything shows how important the payphone network still is to the country.

4. We Can’t Survive Without the Internet

As millennial as that sounds it is becoming increasingly obvious that the difference between life and death in natural disasters is down to the amount of knowledge someone is equipped with. Emergency alerts go out via text and government organisations release news via social media. While yes there was a time before the internet ruled our lives, that time was fraught with a lack of current information and often saw higher injury and death tolls.

But how we stay connected when mobile towers go down is a complex question, especially when often the areas worst hit by natural disasters are small communities in regional areas. These areas often have few towers, further apart and bringing them back online can mean that one small area of a massive affected area comes back online.

Utility companies regularly work around the clock to re-establish a connection to communities, but is this the best way we can deal with the situation? Having teams risk their lives across fire-ravaged states to restore connection tower by tower? Or should we be looking into installing mobile cell sites in evacuation centres and utilising the wi-fi and satellite networks? No matter how we reach a solution, we need to reach one that will ensure reliable communications can get in and out of communities to keep as many affected people as possible in the loop.

When the risk passes and the natural disasters slowly come to an end, a mess of people's lives is left behind. From torched homes and destroyed towns to debilitated road and rail infrastructure, the rebuild needs to be quick, comprehensive but most importantly safe. Often in the past underground utilities that have gone untouched by natural disasters are the first to be damaged in the rebuilding process as people forget to follow the proper processes for excavation work.

Utility companies and local government are pushing the message to check before the soil is broken to avoid any more damage and delays during the rebuilding process. Dial Before You Dig has recorded up to 100 requests for information a day since the rebuild started, which is great news for both the utility companies and the affected communities. If you need to submit a Dial Before You Dig enquiry today go to their website here. 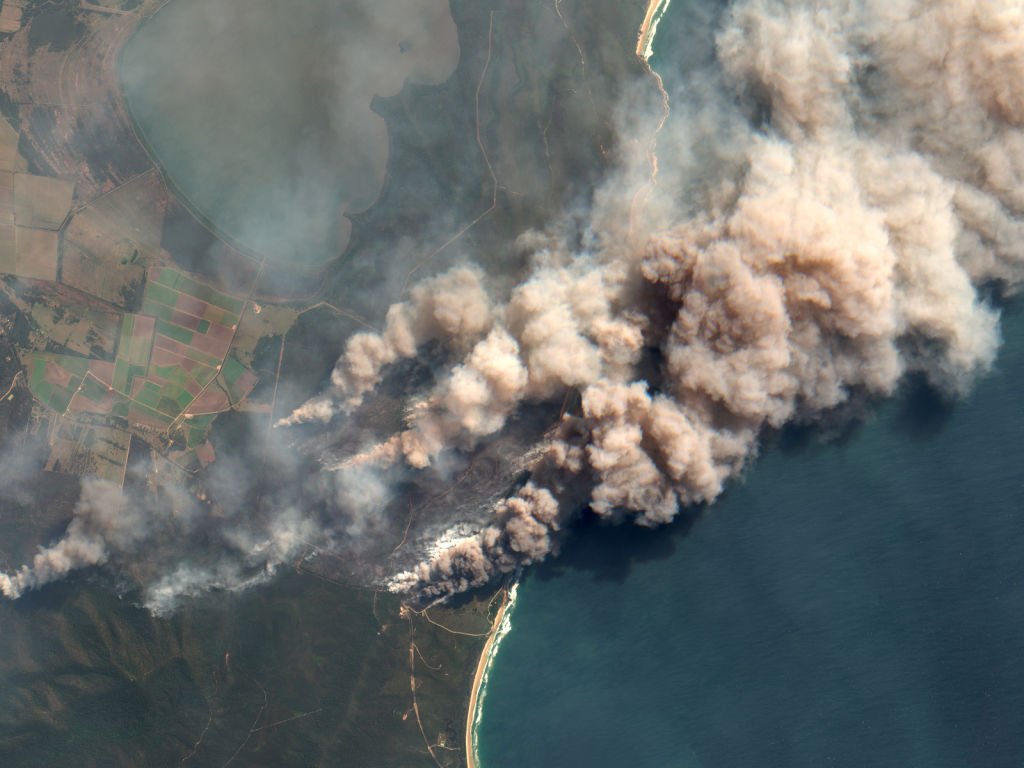