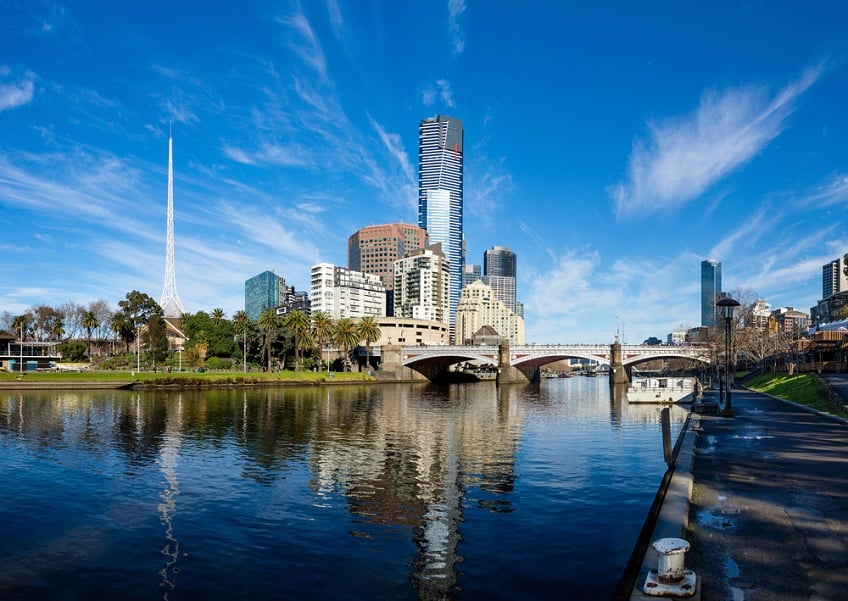 Enveloping over 270,000 square metres, the Southbank project by Beulah will see the development of Australia’s tallest building. At an estimated $2 billion dollars, commencement for works is due imminently once identified to fast track the Victorian economy’s resurrection post Covid-19. Eye-catching with its twisting botanical façade, the build is a key part of Melbourne’s 2026 Future Plan. Dubbed the Green Spine, it has been championed as a vibrant cultural hub with its multipurpose podium featuring an array of amenities from restaurants to car dealerships and childcare centres. A multifaceted exterior alters from height to height, sustainably managing thermal comfort, air quality, noise absorption and biophilia. 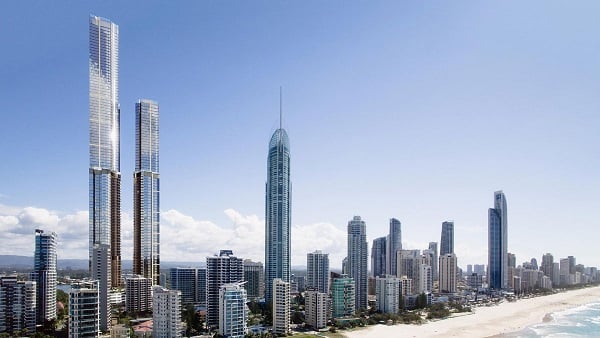 Soon to surpass the height of the Q1 on the Gold Coast is the $1.2 billion Orion Towers project. The first Orion Tower will be an impressive 76 levels while the second Orion Tower will stand at 103 levels. The latter will join the esteemed company as one of the 25 buildings in the world to reach heights of 100 floors or more. Becoming the second tallest building in the nation once complete, Orion will include features like the world’s third tallest helipad atop the smallest Orion Tower, along with Australia’s highest observation restaurant on the 101st floor plus a blend of cosmopolitan and subtropical design providing over 1,100 units. Anticipated to take 10 years to complete, the build will be an infusion of unique engineering and elegant landscaping with the mission to complete an elegant yet practical and sustainable structure. 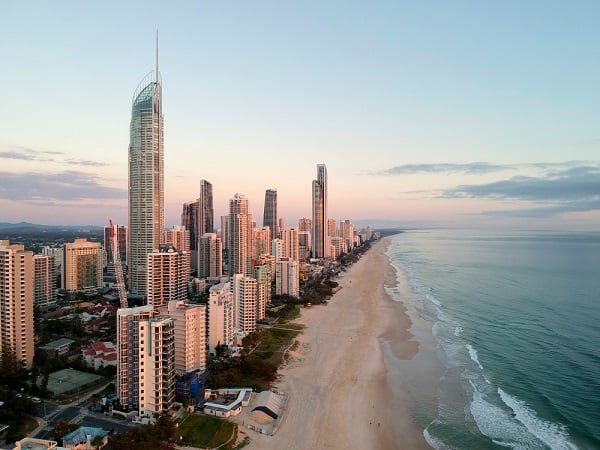 The Q1 is a historical icon that heralded the transition in the Gold Coast from an overgrown lazy beach town to Australia’s sixth biggest city. Influenced by the flame of the Olympic torch used in the 2000 games and the Sydney Opera House, the building is innately Gold Coast. Gleaming, polished and unashamedly pronounced amidst the Gold Coast skyline, the build required over 2.5 million hours and over 60,000 cubic metres of concrete. With a height of 78 stories, the Q1 boasts one of the largest spires in the world rising 47 metres above the top of the structure. For perspective, the Q1’s spire triumphs that of the Chrysler Building. Named after the members of the Australian 1920 Olympic sculling team, Q1 has enough electrical cable from its five lifts to stretch from the beachfront of the Gold Coast all the way to Sydney.

After a five-year endeavour, Australia 108 became a structure that magnificently encapsulated Australian symbolism and international design. Featuring a star bursting out from the building in honour of the Commonwealth Star, the interior of the 100-storey tower incorporates feng shui as a key design inspiration. Designed by the same architects that masterminded the Eureka Tower, the building continues to run into planning and construction issues. There were two previous iterations presented to the Government - an initial proposal far smaller at only 72 floors and later a much taller 108-floor ambition. Difficulties in both projects arose as determined by the Civil Aviation Authority, specifically stating that the latter building would be too tall. Nevertheless, after sustained negotiations and redrafting, ground was broken in 2015 but this was far from the end of the tower’s drama. Multiple reports surfaced in 2019 of residents in the tower complaining about cracks and miscellaneous defects that consequently had many occupants questioning their safety. It is yet to be seen where the legacy of Australia 108 will lie - a staple of modern Melbourne or an occupant’s nightmare. 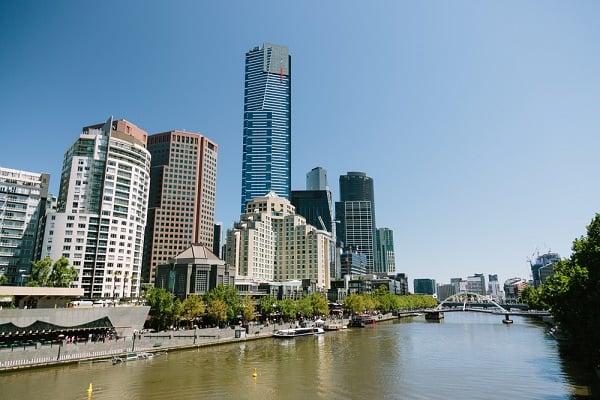 Towering over Melbourne’s skyline, the Eureka Tower stands 91 storeys high as one of the tallest residential buildings in the world when measured to the top floor. No expense was sparred in this project with the top 10 levels featuring a striking installation of gold-plated windows and an iconic Skydeck. As the highest public viewpoint in the Southern Hemisphere, the design contains a stomach-churning feature where opaque glass is made transparent as viewers are projected out from the building. Costing over $500 million, the Eureka Tower has over 550 apartments and has been purpose built to provide luxurious amenities and accommodation at a height. This tower was the second tallest building in the nation when it was created with unique engineering to combat high winds and abrasive elements. In many ways the Eureka Tower laid the groundwork for the transformation of Melbourne into a vertical city, reaching heights previously uncharted, changing expectations and perceptions of high-rise construction.

iSeekplant provides a directory with thousands of construction suppliers across Australia in Brisbane, Sydney, Melbourne, Darwin, Adelaide, Perth and Canberra. Contact our team for help finding the best equipment or services or use our Get a Quote tool.

Keep up to date with the latest construction industry news and projects across the nation by subscribing to the Flapping Mouth blog below! 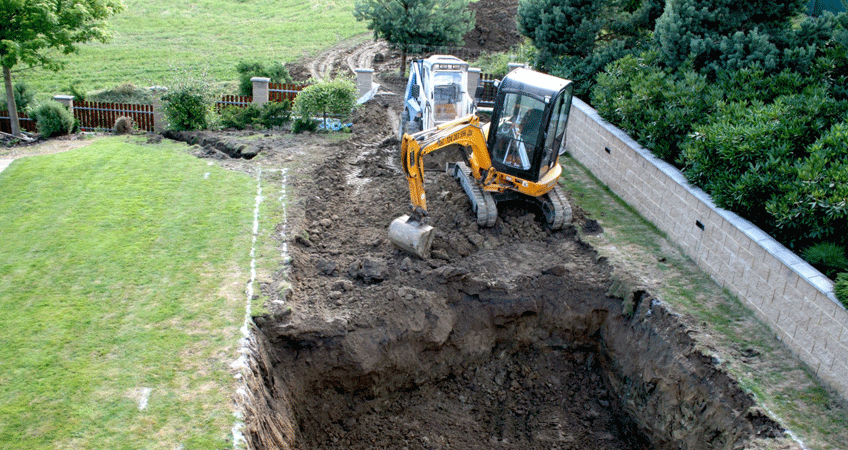 How To Build A Pool In Australia 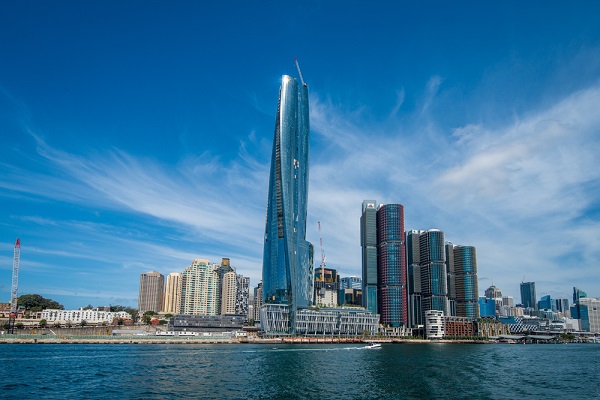