How bridges are built 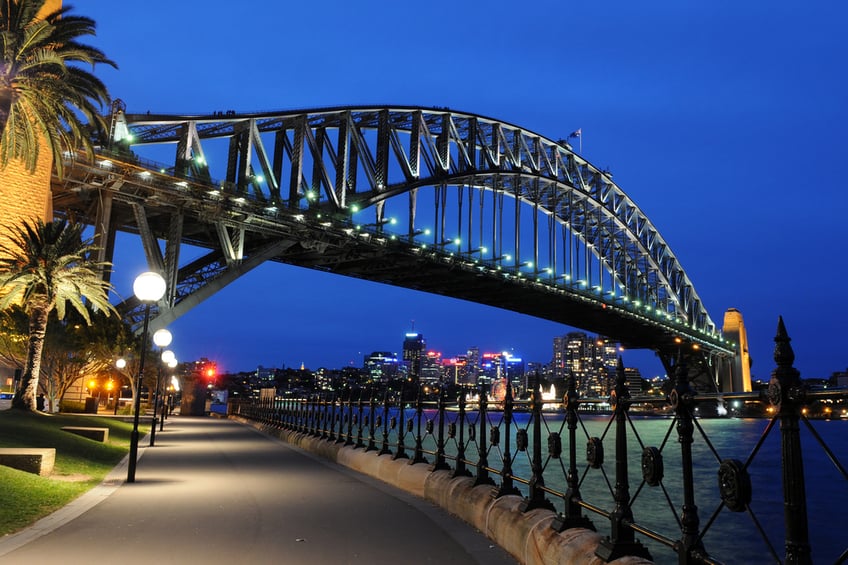 In today’s world, with technology becoming more and more advanced, bridges are popping up all over the place, and faster than ever before. To compare, the Sydney Harbour Bridge was finished in 1932 after eight years of construction, whereas the second Sir Leo Hielscher Bridge - Gateway Bridge to the locals - in Brisbane was finished in 2010 after only three years of construction. Both are impressive feats of engineering that have fulfilled their purpose for many years, but how did they get to that point? And just how are bridges built?

Before we go through the four stages of building a bridge you need to know about different types of bridges and how engineers choose which type of bridge is the best for the project’s requirements. When you look at any bridge anywhere in the world you’ll normally be able to spot one of four things, beams, arches, trusses, and suspension cables. When we talk about basic bridge design these are four things that are always brought up, no matter the type of bridge. While beams, trusses, arches and suspension cables are necessities, there are a range of different types of bridges that use these components, below we discuss the top six types of bridges.

One of the most traditional types of bridges, arch bridges have been used for over 3000 years. While arch bridges rarely found on new builds their influence on younger styles of arch-type bridges cannot be disregarded. Arches bridges can be found in use all over Europe as they are impressively sturdy, lasting for thousands of years when built right. The design effectively links the two sides of the bridge where the pressure is just right, meaning the materials won’t crumble or fall in on itself, in the process forming an arch.

Beam bridges are the simplest type of bridge, often used to cross small creeks and rivers, as well as major river crossings. A beam bridge is essentially a plank, slab or deck laid across a water crossing, for longer crossings beams are used to support the deck. Beam bridges are normally used when no elevation is needed to safely cross the water. They are also the precursor to the truss bridge, and have influenced how road and rail overpasses are built.

Truss bridges are a flat bridge that supports itself through an interconnected truss structure. They are predominantly used as rail bridges now, both land bridges and over water. The truss structure is made up of triangular sections that, when all connected, are able to spread and support the weight of whatever load crosses over it. Truss bridges are generally used over smaller crossings as they become uneconomic the longer they get.

Suspension bridges are a popular type of bridge as they are able to support high average traffic and load weight. Using minor cables to connect the deck of the bridge to the main cables and the main cables to connect each pillar the bridge is able to extend longer, without the need for added pillar support. Cable-stayed bridges are similar to suspension bridges in look and abilities, however their cables are only connected to the deck. Cable-stayed bridges are able to be made from just one pillar, or as many as needed. They are popular as medium sized bridges and forward-thinking architecture.

Tied arch bridges are often seen connecting cities over rivers and harbours. As tied arch bridges don’t need horizontal support they are perfect for environments where it is difficult to anchor horizontal support, such as unstable or muddy soil. The tension between the deck and the arch allows the bridge to support whatever crosses it without needing to rely on the anchor points.

Cantilever bridges use trusses that project horizontal support from their anchor point. Whether the support is above the deck or below the idea is that the two sides of a bridge connect where their anchor support starts to run out. They also need extra support, essentially added trusses on the other side of the anchor point that supports the extended section. Cantilever bridges are common in most cities with a river as they are relatively easy to build and install. 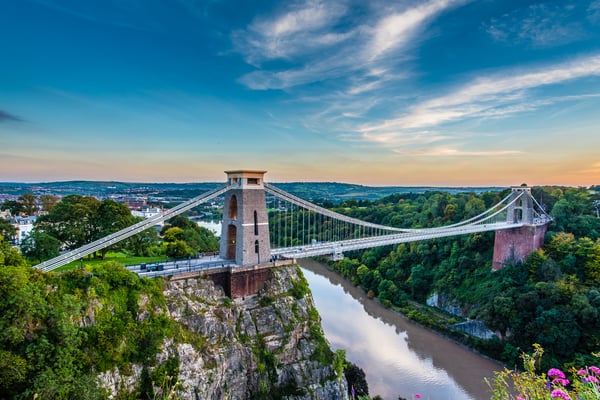 There is a great deal to consider when choosing which type of bridge will work best for a project. The general considerations are:

Once you factor in the maximum weight clearance, such as the amount of vehicles driving or train weight you can eliminate one of two types of bridges. Then there is the weather, is the area prone to cyclones, flooding or high winds? Some bridges like suspension bridges are built to better handle those conditions. Then there is clearance, do cruise ships, container ships or sailing boats need to get under the bridge? There are a number of ways this can be solved through bridge design. Lastly what is the bridges purpose? Whether for rail, road or pedestrians there are different requirements you need to cater for.

Once you have all of these considerations in front of you it’s a process of elimination for which bridge fits all the considerations the most. Normally there will be one or two types that stand out at being the best fit and this is where the decision is made for which type of bridge is best for the project.

The four stages of building a bridge

The initial research and planning of a bridge can last longer than the actual build, but has many things to consider. There will be a massive team of engineers from a range of disciplines like geology, civil electrical, mechanical and computer sciences working on the project. Together they plan, research and test until they’re able to choose the type of bridge they need, then remaster it to fit the exact needs of the project. They will also map out all the site details, from on-ramps and off-ramps to necessary excavation or other works as well as the required resources.

Laying the foundations of the bridge can often be the longest part of the build. Laying the foundation includes initial on shore construction, whether there is demolition, excavation or land clearing needed. It also includes building the bridges actual foundation pillars. No matter the type of bridge there is always at least one pillar that needs to be built. If it is a bridge with multiple pillars often the next step of work will start before the last pillars are finished but for suspension, cable-stayed and cantilevered bridges their pillars need to be built before the rest can be put together.

The most vital part of a bridge, the decking, is next to be built or installed after the foundations have been built. This is the part that cars, trains or pedestrians will use and, depending on the type and length of a bridge can take from a few weeks to a year to install. In the 21st century bridge decking is generally built off site and transported to the project and installed, making for a faster construction time. Bridges with cables also require specialist assembly teams that know how to string the cables together.

The final assembly of the bridge includes laying road base, installing safety features and traffic control, and connecting the bridge to existing infrastructure. These are essential to the functionality of the bridge, but not to the structure so are left until last to allow for the structural build be finished. While there will still be a period of time before the bridge is open to allow for testing and quality assurance, it is the last hurdle to pass before the finish line.


The process that goes into building a bridge may seem straightforward but there are so many complexities and things to consider, even in the simplest of builds. Across the globe there are examples of bridge engineering feats such as the Golden Gate Bridge, the Sydney Harbour Bridge and the Brooklyn Bridge. These bridges are classic examples of the types of bridges we have discussed, but they also have individual complexities that needed to be considered in order to make them viable. So next time you see a bridge being built watch out for the arches, beams, trusses and suspension that comes together to make the impressive structure.