How to get your excavator licence - a complete guide to tickets, cost and the best trainers! 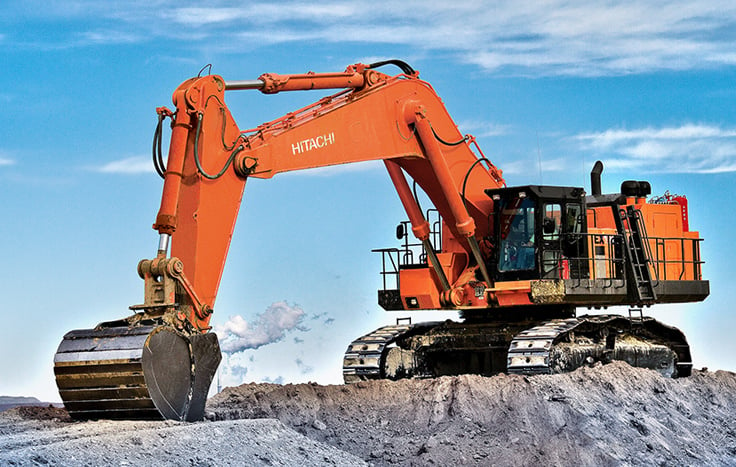 Congratulations on your decision to join the best industry on earth, construction! Now is the time to do it, with all the money being poured into infrastructure in Australia a career as an excavator operator is a very good choice (second only to choosing to be a software developer in terms of sheer job demand). A skilled and reliable excavator operator is always in high demand, and can name their price on big sites where productivity and precision are important. Below we talk about the licensing requirements, and how to make yourself uber-employable, and ensure that you are never without a job.

When do I need an excavator licence?

There are different sets of rules for people undertaking work in a private capacity and those who are conducting work in a business capacity. For private jobs there are no rules regarding requiring a licence to operate an excavator. For a commercial job there are no government regulations, but it would be impossible to get a job without any capability documentation.

In 2011, the Government amended the Workplace Health and Safety Act so that a ticket is no longer a mandatory requirement for operating an excavator. Operating an excavator was categorised as 'low risk' as compared to 'high risk' tasks like dogging and working in confined spaces. But that doesn't mean you don't need a piece of paper to prove you can operate an excavator. A lot of responsibility now falls on the 'PCBU' (person conducting a business or undertaking) who is usually the site manager. The PCBU has a liability and in order to mitigate their risk, and to absolve themselves of possible safety problems with operators who aren't competent, they can enforce the requirement for documentation. In some cases more substantial certification can be required.

You now don't need a ticket or licence to operate the following machines;

Not having legislation on these machine classes is a lot more freeing for operators and site managers to manage their workforces with common sense.

So should you put yourself through a training course or not? Well it comes down to one big thing- how employable do you want be?

So imagine, if you had a massive bustling job site, and the site manager or plant hire company chose between an excavator operator who will need to do a competency course before beginning or an operator who had paperwork demonstrating that he's undertaken training. Who do you think they would choose?

Even though requiring mandatory licensing was a very restrictive form of managing the risk in operating plant and ensuring everyone had commensurate skill, having proof of formal training through an RTO, or a ticket issued under the previous legislation is still the most trusted way site managers and plant hire companies sort the wheat from the chaff. Also, the PCBU, plant manager or site manager is entitled to mandate whatever standards they want, especially on a major private contractors job site.

These sites always have the highest standards, and interestingly pay the most and hire people for the longest terms. So if you want the cream-of-the-crop jobs, you're best to upskill yourself and fatten out that resume with the certified training courses you need to become a bona fide all rounder.

Onsite Testing of Competency - What can you expect?

If you don't have a ticket issued under the previous legislation or haven't completed a training course conducted by an RTO (registered training organisation), then the PCBU needs to conduct a competency test on your skills prior to you beginning work, and you'll need to pass that test before they can legally allow you to operate. The PCBU might also ask for a bunch of other documentation other than the ticket to prove you are competent - including

On top of this they may also request to continually review your work and competency through ongoing assessment.

Excavator Training Course Cost - what can you expect to pay to complete an excavator training course through an RTO?

What I noticed in doing this research, is that prices do vacillate wildly when you compare all the registered training organisations (which is weird, in my opinion). Id you get the same qualification, the same wallet card and the same result- why would you pay more? Why would they be charging more? I'd be skeptical of any RTO trying to gouge young fellas trying to upskill themselves. Steer clear of anyone charging much more than the above stated rates for commensurate training options.

I've heard a lot of people complain about having to get a VOC that have been on the tools for years. And I get it. Some very skilled practitioners, who have been operating excavators since the bears were bad find it insulting (and frankly, a massive waste of time and money) to have to prove anything to anyone. But the reality is, getting a VOC just makes the process of starting a job much easier for everyone involved. It isn't very practical to have the site manager or plant manager test every operator on their site prior to working, so having a VOC or proof of a training course can be a welcome short-cut to cracking on with the job.

Most RTO reps will meet you at a site and conduct a 1-2 hour VOC assessment of the job. They also do group VOCs for clusters of operators (to assist the PCBU to meet their obligations under the legislation). For the couple of hundred dollars it costs you - it can maybe mean your resume floating to the top of the pile in a competitive labour market.

CIMIC Secures $180m Worth of Contracts While Share Prices Plummet