Skid Steer vs Excavator: Which one is right for the job? 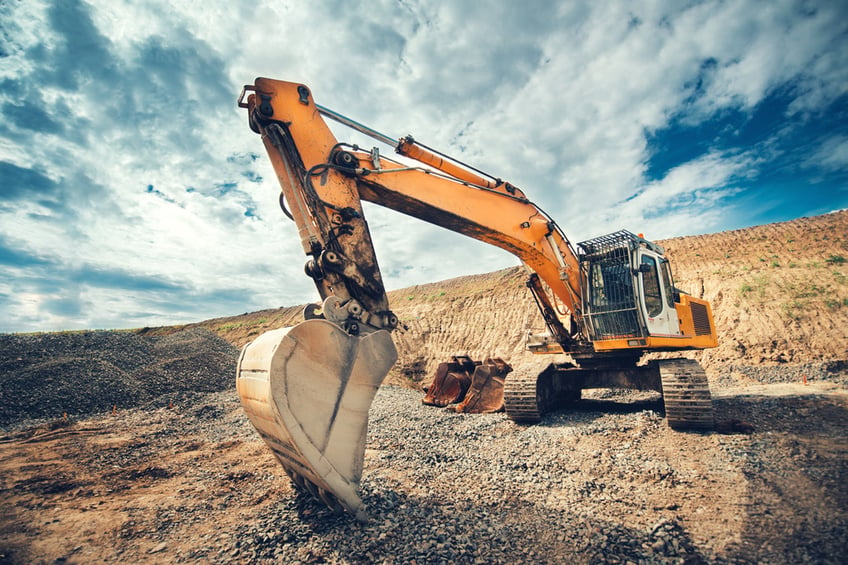 Skid steer loaders and excavators are two of the most popular construction machines – both known to provide ease and comfort to what is likely one of the most tedious and challenging tasks for workers.

Not sure whether you need a skid steer loader, an excavator, or a combination of them for your upcoming project? Depending on your application, job site conditions, space constraints, need for speedy work and potential for utilization, the answer varies.

Skid steers are a highly popular compact machine that are known for digging, pushing and moving dirt. The machines are versatile in application, which makes them play a significant role in backhoeing, pavement milling, tilling, cement mixing, site cleaning, rubbish removal, wood chipping, and so many other tasks. They differ from excavators thanks to their fixed carriage.

There are many factors you need to consider before choosing a skid steer loader:

1. Size of the Skid Steer

The first thing you need to consider is the size of the skid steer. Making sure you select the right skid steer increases the efficiency in completing your project and ensures that the surface of your construction sites can support the weight of the machines.

There are many sizes that are made to complete a range of projects with varying dimensions. Before deciding on the size, you first have to determine if your workspace is open or narrow and this will help you decide the overall size and power you require.

For larger projects you may require a medium to large size skid loader to tackle these higher intensive tasks. The increased load enables the machine to carry more materials away from the working area.

Controls are another factor that could determine the type of skid steer loader you hire. For most traditional skid steers, the pedal and lever controls are the most common form of controls you will find, but in recent years the more modern skid steer loaders have utilised joystick controls that require less force.

The skid steer loader has a very diverse selection of attachments that can benefit your project. But not every attachment works with every skid steer, so choosing the right machine that can use the required attachment is essential.

The best skid steer should handle as many tasks as possible. If you want to get the most out of your machine rental, check the number of attachments it can use. Can it handle all the tasks you want to do? If yes, that would be the perfect machine to rent. If not, hire one that offers the highest versatility on your construction site.

Skid steers can perform a wide range of tasks for allowing a range of different attachments.

Compared to larger loaders and excavators, the skid loader is much more compact in size and lighter, making it very transportable and easy to manoeuvre on site.

While they may be smaller in size, most skid steer loaders feature a higher hydraulic flow rate to ensure greater efficiency.

Skid steers are able to literally ‘turn on a dime’ as their steering is independent on each side, so while the wheels (or tracks) are going forward on one side, they are going backwards on the other, enabling so-called ‘zero radius’ turning.

The open front entry of the machine means that they are quicker to get in and out of the driver's seat.

Without a bulky front loader, skid steer operators have greater visibility for better precision and efficiency when performing tasks.

The only downside of skid steers is their limited size and power, which makes bigger jobs, like digging huge holes in the ground, not the ideal use for them.

If you’re looking to make light work of a bigger project and can get wide access to the site, a conventional excavator will be the right choice. Major projects like large scale construction, building demolition and major landscaping projects will get done more quickly and easily with an excavator.

Excavators can be anything from 1.5 tonnes to 13 tonne behemoths.

Compact excavators, also known as mini excavators, are perfect for small to medium-sized jobs. They’re versatile machines that can do most things the larger machines can, just on a smaller scale.

Being pint sized has its advantages, including: Easy access; Easy to transport; Less wear and tear; Cheaper operation. Mini excavators are manufactured using tail swing configuration and small undercarriage width, which helps the machine easily manoeuvre in confined spaces. Because of a lower machine weight than standard excavators, owners can also expect to save on fuel costs.

The versatility of backhoe excavators make them suitable for small to medium-sized projects like foundation building and residential constructions.

A number of attachments can be used with a backhoe, which allows them to perform a variety of tasks other than excavation such as, stump grinding, compaction and grading. Backhoe excavators are commonly used for soil extraction, dumping materials and unloading waste & debris.

The main benefit of the backhoe excavator is the bucket attached to the boom. The bucket works towards the driver before lifting for greater visibility during operation. 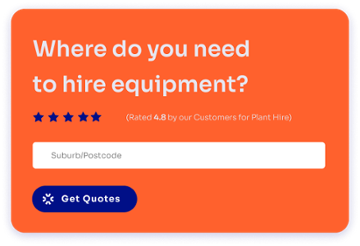 The machine is diverse for the ability to handle a range of attachments, including hydraulic breakers, augers, grading blades and grapples.

They are not as popular as those standard crawler excavators, but they do have their advantages, which can include: Added lift capacity; Lower cost of operation; Ability to drive across work sites easily; Two-piece hydraulically adjustable boom. The main things to consider when looking at wheel excavators is the terrain you’ll be working on and the applications.

Wheel excavators do lose some digging depth as the carriage sits higher than the crawler excavator. However, increased center of gravity can be achieved with a higher carriage, but operation on slopes should be done with care.

Spider excavator is one of the more unique excavator types that are not seen on regular construction sites. These excavators get their name from their odd, spider-like legs. The mechanical legs allow them to work in tough terrain including water, mud and steep-access sites.

Vacuum excavators, also known as suction excavators, work as the name suggests. They have a high-pressure vacuum and water jets to loosen the ground for trench and utility digging.

The dragline excavators feature a hoist rope which attaches to the bucket. The bucket is attached using a dragline. The hoist rope works to lower and raise the bucket, while the dragline is used to pull the bucket toward the operator.

As its name suggests, the long reach excavator has the ability to reach further than standard excavator types. With its extendable arm it can reach more than 30 metres—perfect for those hard-to-reach locations!

This excavator is best suited to demolitions and dredging large amounts of material from waterways. With different attachments, it helps you to perform cutting and crushing jobs.

While the knuckle boom excavator looks just like the standard, the defining difference is the extra joint in the arm. This extra joint allows the machine to reach areas that a standard machine can’t and gives it more manoeuvrability and precision when digging by swinging left and right. This makes it ideal for tight spaces and excavating around obstacles.

Find the best choice for your construction projects with iseekplant

The choice of a machine depends on the tasks and environments of your project. If you are only able to hire one machine, an excavator is probably a better option. Exceptions arise for very specific types of tasks, but a skid steer loader is most often used as an auxiliary vehicle that simplifies certain tasks.

If it’s a tough call to choose between the two, you can call the talented team at iseekplant on 1300 691 912 or email our projects team.  Let’s discuss your upcoming project and find you a supplier from our industry-leading directory across Australia! 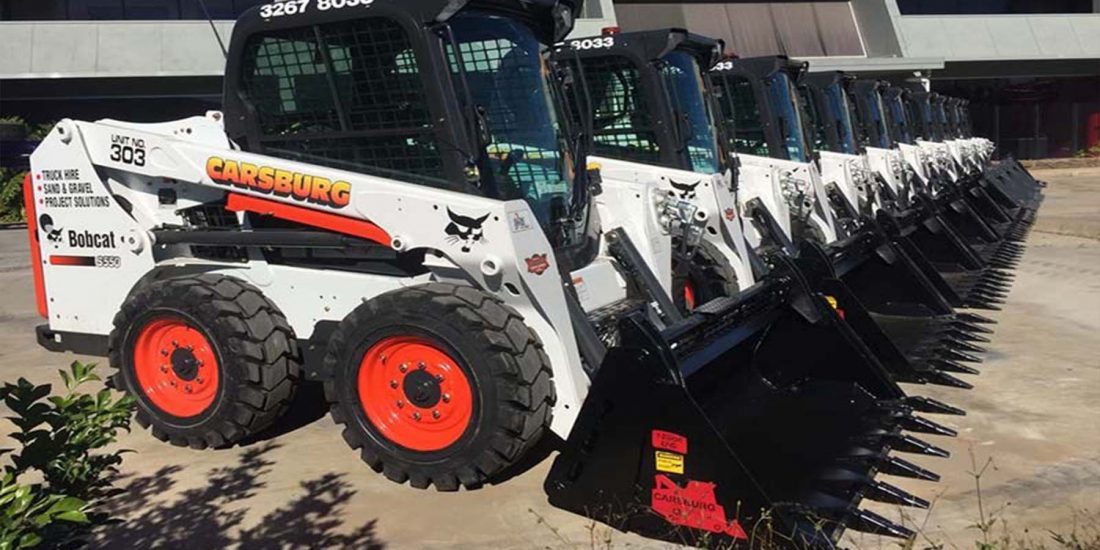 Carsburg Earthmoving: The Best Construction Equipment for Hire on the Market. 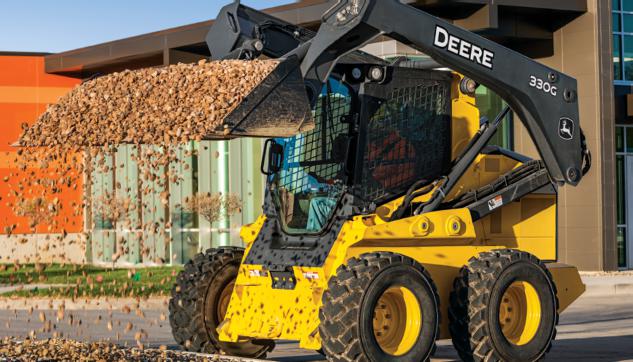 What to look for when inspecting a skid steer loader 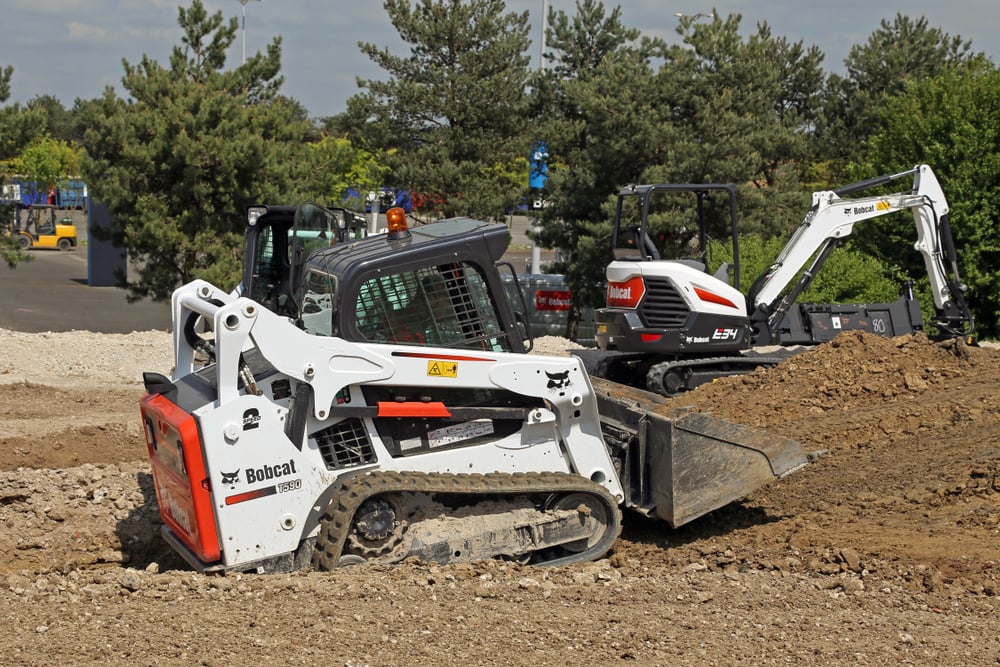 What is the Right Skid Steer Loader for my Job?